A Message from NC-17

Hip Hop isn’t dead, it’s just outgrown the crib rap purist wanted to chain it to. Rap music is our music. It’s the struggle of the Black American, the rise to fame, or the play by play of the parties thrown. Brothers and Sisters gave way to Niggas and Bitches. Fight to power gave way to Tear Da Club Up. It’s evolved but it’s not that different from where it started. Rap was created less than 15 years after Dr. King was assassinated, of course there were an equal amount of political messages as there were BBQ in the park records. But It’s 2012 and the civil rights movement isn’t as fresh so we’re not going to have that balance between “party” and “political”. Most Black people born in the 90’s have never experienced racial inequality or had a police officer f--k them over just because.

The problem for this hip hop generation is no longer with white people or the police, it’s with other black people hating on them, their boo’s cheating on them, and the pursuit of money. There are a lot of things we as a people could complain about but the president is Black and dudes sell drug more often to afford studio time then to take care of their family. To spell it out for you—This isn’t the crack era. If Nas Was Born in 1991 he couldn’t have made illmatic. Mobb Deep would be deemed too boring if they came out today. Jay-Z would never have been pretty looking enough to get 1 million Youtube hits let alone a deal at Def Jam. This generations NWA would be more into Skateboarding than gang banging. The world has changed and as much as it pessimist would like to say, “we still haven’t overcome” the fact that a calling himself Soulja Boy got rich off a cellphone video posted online is proof that real opportunity exists in America for anyone to make a dream come true. There is no more New York State Of Mind, it’s an Atlanta State of Mind that says, get money, get high, and make it rain on these hoes. 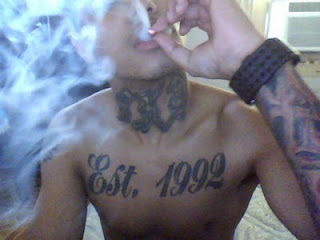 Why is today’s rap music all about bragging and exaggeration? Why is everyone fake? Why doesn’t anyone rhyme about reality? Because people today aren’t honest with themselves, everything is falsified. Method Man did a video on the back of a bus, no shape up, no makeup, no light skin girl in his lap. He was saying, “this is where I come from, yeah we poor, but we don’t care cus this is who we are”. Go on Facebook and look at the things the average 19 year old writes. He’s popping bottles, rocking black gold, and talking about going to the auction to buy a benz. In reality he’s using a stolen wi-fi signal, drinking a beer that he stole from his uncle, and getting rides in his mom’s corolla. No one wants to come out and admit they’re from “the slums of shaolin” anymore they have to say, “I have a loft on Staten Island”. Go to Youtube and look at the $500 videos from wannabees it’s all white backgrounds, rented cars, and big booty hoes. 90’s babies unlike 80’s babies didn’t get the memo that it’s okay to say you come from the ghetto for purposes other than street cred. Exaggeration and lies has become the reality because they grew up seeing Diddy throw his Rolex in the sky not Biggie on his stoop rocking the tight jersey. So what music do would you relate to if you were raised in this matrix? 2 Chains who’s riding around and getting it or MC Dirt bag who’s going to say my mother’s on drugs, I can’t afford a car, and I sell dime bags of weed? MC Dirt bag may be telling their story, but 2 Chainz is telling the life they want to live, so crank it up.

Aside from the generational gap that’s happened I think Rap music has simply evolved to something that’s no longer urban. Kurt Cobain hated Pearl Jam because they took what Nirvana did and made it more poppy with “coherent hooks” and “cleaner guitar riffs” while maintaining most of that dirty Grunge feel. Today’s Rappers have Pearl Jam’d the industry. Rap music is no longer dirty, it’s clean. It’s so clean that White Girls in New England can play it, but still dirty enough that their Moms won’t let them listen to it in the Prius. It’s still edgier than Pop because of the profanity, but accessible enough to win Grammys. Hip Hop purist may not like that the social messages aren’t there, that the rhymes don’t really rhyme, and that it’s better to have a funny hook then a Primo scratch, but its evolution.

There will always be older guys who still rap like 1994 or younger cats who want to be honest and put their life on wax, which means there will always be something for everyone. The masses however have and will continue to listen to rap music the same way they listen most genres, as escapism that’s fun and something they can dance to. For Rap to go back to the silver age of the 80’s, the golden age of the 90’s, or the platinum age of the Early 2000’s means it’s not moving forward. And if it’s not moving it may as well be dead.
Labels: 2 Chainz 80's baby 90's baby accessibility escapism exaggeration fake false Jay-Z Kurt Cobain Method man Nas NC-17 NWA NY hip-hop Pearl Jam pop reality Shaolin soulja boy