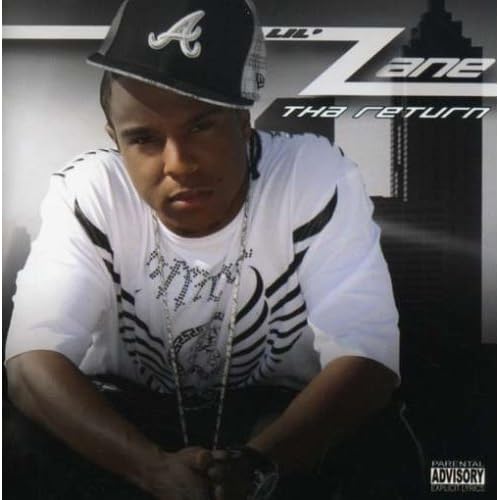 Lil Zane is back. Don't laugh. Oh wait, you dont even know who that is? Well even better then cause you at least won't go and download his song with 112. A half hit wonder who really never went anywhere is back with his ominously titled album "The Return"

Now if you have to name an album the return it means that you fell off, and fell off hard most likely because you're in a subliminal way, acknowledging this fact. Either way, I can't remember anything about Lil Zane except that when he first came out his rap cadence was just like Tupac. I know, calm down, don't kill me. Just the delivery okay. The lengths he goes to prove that even that is no longer relevant is amazing,

Zane puts out some trite, mediocre garbage that only the worst of southern rappers would put out. When he first came out, he was a pretty boy- Bow-wow-esque rapper, now he attempts to add some thuggetry into his act and unsuccessfully. The Atlanta transplant, grabs left over crunk beats. "Do what you do" is an attempt to talk down to those "non-ballers" amongst us who can't ride high, toss money, and sip lean. "Hoodstar" is the same song and precedes it so pick one to listen to if you want to subject yourself to this nonsense.

In his attempts to reach out and show some depth he mostly falls flat, listening to "Hush" makes you cringe and wish to find the spirit of LL or even Nelly somewhere to rescue Zane from himself. "Helpless" allows Zane to actually try to find some depth to his character and it works as bet as it can. His ability to flow his lyrics isn;t readily there though he seems to have some type of story to tell. Unfortunately he just doesnt have the skill to pull it off. "Do my thing" finds him switching his flow but the subject matter is lacking.


Hopefully, at this point you'll turn this off if you have the stomach to start, i know i couldn't go any further after hearing the first three bars on the horrific attempt to conjure memories of his 1 hit wonder past with "Anywhere pt. 2". I don't think I'll hear another album this bad until i bring myself to listen to Units in Da City or the Bake-up Boys.