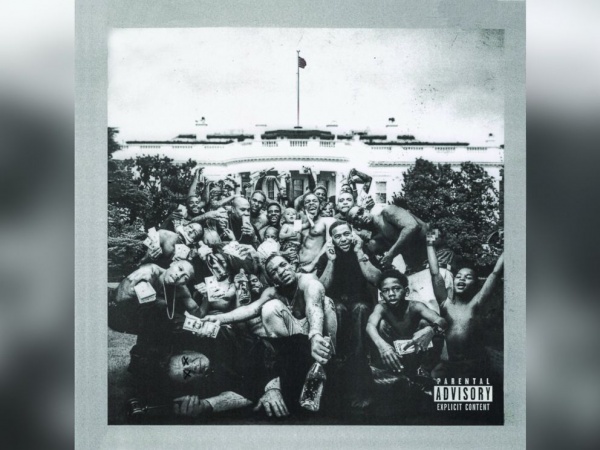 So Kendrick Lamar at the very least has the hype he earned based off of his last release and track record of bars and songs. It isn't without controversy from his recent interviews that discuss politics and the situation of the black man in America, to last year and his raps on various tracks. "To Pimp a Butterfly" is one of the most hotly anticipated releases of the past few years and few people outside of Kanye and Jay-z can garner this kind of interest for a project.

To put it plainly, if Good Kid MAAD City was somewhat experimental at times and pushed the envelope mildly, this new album from Kendrick goes farther to do the same thing. Song construction, style, and production are all more varied than before and make an emotional statement. "Wesley's Theory" which opens the album fetaures George Clinton and Thundercat, West Coast hip-hop staples as Kendrick brings in some of the funk early on that wasn't as prominent on his previous release. Just to further show how different he's going, the next track is an interlude where Kendrick speaks over a jazz riff like he is at an open mic for poetry with the pimp's mindset where it fits the title "For Free?".

Then take "u" which has an aggressive Kendrick to start the song before a changeup and then a more introspective, crying Kendrick raps and he is addressing his cohorts from the hood, where earlier he gets at the 'black' leadership. Point blank it's complicated. On "Momma" he has some good verses but I didn't like where he raps one of the verses he dropped on Sway in the morning where most of the bars begin with 'I know everything'. It was annoying and his rap style was all over the place. Also when the beat switches at the end to a more jazzy tune I wasn't feeling it.


"Hood Politics" is way back more conventional in a lot of ways but this seems to be more of what I was expecting at least and it is a necessary song amongst all of the more wildly different ways of expression that are used on the record. "How Much a Dollar Cost" with James Fauntleroy and Ron Isley continues the 'expected' introspection from Kendrick as he puts his spin on a tale told many different ways about the idea of giving. "Blacker the Berry" has been well discussed and I still like it. "You ain't gotta lie" is about those pretending to be hard for credibility and being followed by the self-love anthem "I" is a good statement, especially since it is a love recording in which Kendrick is interrupted by a skirmish in the audience.

"King Kunta" is alright, and "Institutionalized" features Bilal, Anna Wise, and Snoop. The album ends with "Mortal Man" which is a song and an 'interview' between Kendrick and Tupac, taken from excerpts of something Pac did years ago that Kendrick brings out to apply to life today even more.

Honestly, this isn't what you would consider "Easy Listening". There are complex themes and production methods that aren't going to go well with everyone. It is indeed polarizing and there are people who consider the album a classic already. I'm not one of them, I mean I like some of it and understand what he's doing but some of the sounds and production methods I am not fond of. I'm not into some of the jazz sounds that seem to clash against the rap style at times and I am a bit over this trend of split songs on tracks. That's just me and my personal preference. It's a good album, but it's also an art project and if you are not necessarily 'artistic' you might not enjoy it as much as some others. I can respect it, but I really like the last 5 or 6 songs while the first half of the album wouldn't be the stuff I choose to hear most of the time although I think that's what makes the album overall, the chances that are taken.