Album Review- Wale- The Album About Nothing 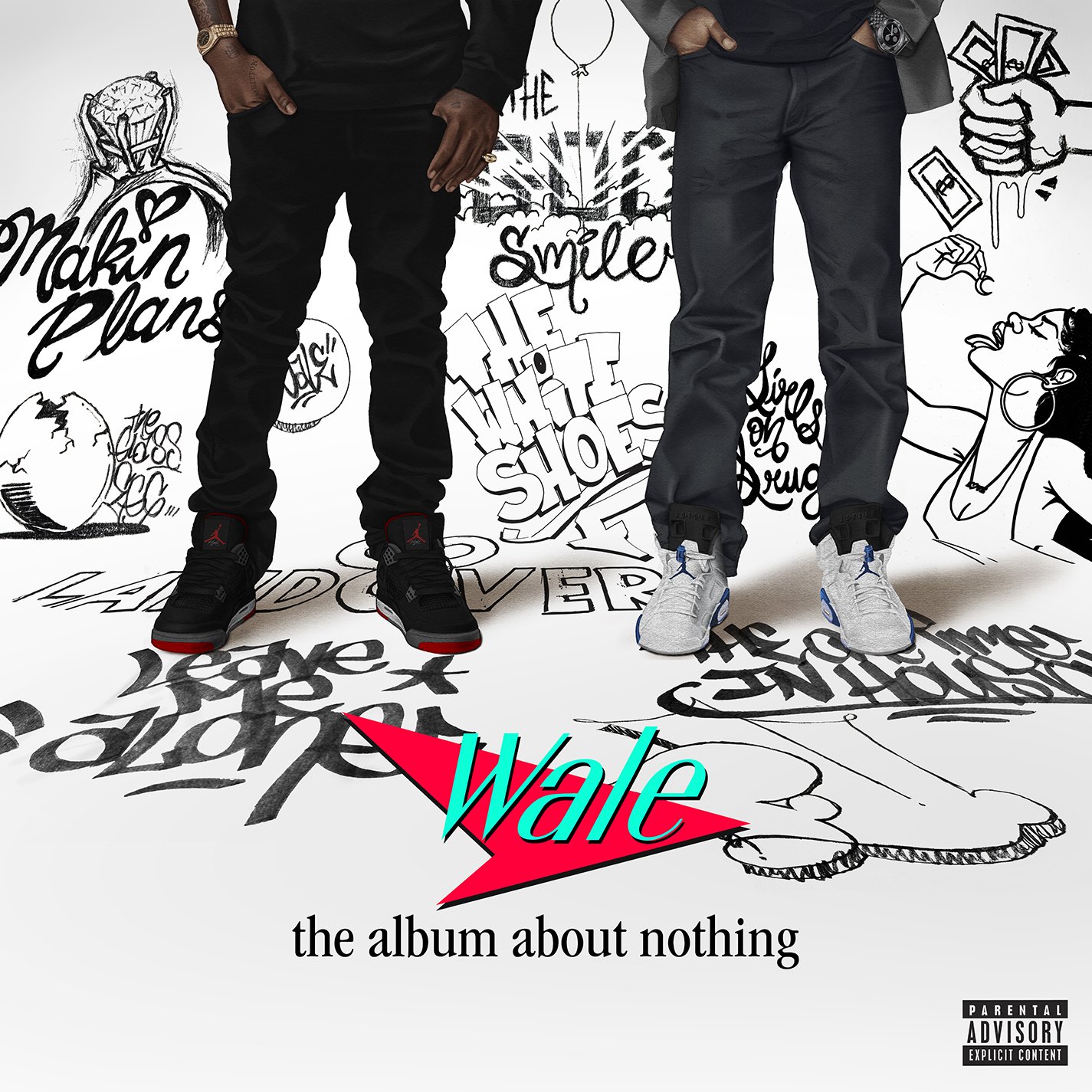 So while I felt like last year was a terrible one for hip hop musically, 2015 has seemed to start strong and get better almost weekly in some respects and we are still anticipating releases from Meek Mill and Kanye West. This year the Best album categories at the award shows should be varied. With that said, here comes Wale with the long awaited "Album About Nothing". The long time Seinfeld aficianado comes with the titular comedian and uses clips from the classic show as this album progresses and hopefully gives fans the Wale they have been looking for.


The album intro starts with Wale kind of giving you a true overview of what the album is going to be and while he says fans don't care about albums, let's give them one about nothing, the truth couldn't be farther from that. This song has some mean live band sounds which he is known for with his DC and Go Go music background. it's a fulfilling and righteous sound that seems to be somewhat hopeful, if the lyrics are more grounded in reality. Speaking of his fans, Wale describes his relationship with them on "The Helium Balloon" and the Seinfeld portion where he describes kids and helium balloons is the way to just let you know what is up with this song straight away if you don't get the metaphor he places through lyrics.

"The Glass Egg" is similar in topic and uses the familiar refrain from 'Walk On By' as Wale raps about staying the same and not changing who he is even while the people around him are affected by his success and lifestyle. Wale does more of the pseudo singing he did on the last album on this one but it fits. "The One Time in Houston" is another joint I really like with a really slow beat Wale gets on his best 'Drake shit' talking about time spent in the strip club in H-town. "The White Shoes" is my take on Wale's strong statement song on the album where he raps about the consumerism, being fly, and kind of talks about the shoe game which he is known for. At the end he spins the positive message that we love the shoes so much at times we die or kill for them. Actually, I just simplified it, but Wale goes deeper into the judgement and the importance on being fly in the hood.


Politically he spits about racial relations and violence on" The Pessimist" which has a hook done by J. Cole. He like many of the new generation of artists adding some consciousness to their music speaks on our self inflicted violence and the reaction to it vs the noticeable police violence. "The Need To Know" featuring SZA flips the hook of the Musiq Soulchild song 'Just Friends' from another angle and the Seinfeld clips on this song are from the iconic episode where Jerry and Elaine attempt to become friends with benefits.

For Wale the 'singles' on the album come at the end with "The Bloom" another track dedicated to the ladies, and "The Body" the actual single which has been out for a while and features Jeremih. Usher also makes an appearance on "The Matrimony". The one song I wasn't feeling was "The Middle Finger".


For Wale, this album is another departure from his previous sound quite a bit and he carries the album by himself with no features from his MMG counterparts. It further pushes the idea that he is a loner and doesn't really fit anywhere. To me, he is like the new generations version of Common. He is supremely talented but there are people who don't like his flow, or song style, or production at times so he might not ever be truly appreciated as widely as he would like. This album though is overly dark and depressing in a way. It's a very emotional album but in a gloomy way and needed something to brighten it up and provide a bit of contrast at some point during the album. After multiple listens, that is definitely my take away, you have to provide some balance and I know artists are doing more personal projects these days but you have to give the listener some contrast.