You excited about Detox? I'm not...

Let me say this, Dr. Dre is one of the biggest hip-hop icons involved with just about everything major that has come out of LA for the past 20 years from "Turn Out the Lights" with the World Class Wreckin Cru to the fact that Nipsey Hussle looks like he could be Snoop's lost child. Dre has shaped everything we expect from the West Coast plus thrown out Eminem and 50 Cent. To say his resume isn't impressive would be a lie. 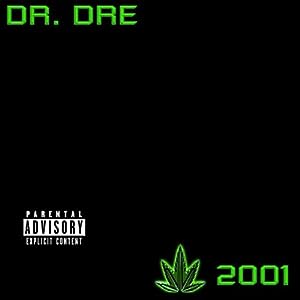 Look, when is the last time you looked forward to a Dre verse? You haven't and you know he's not even writing them. They sound choppy half of the time and the best part of those songs is how whoever the guest is on the track sounds and the beat itself. Unless you're a big West Coast rap guy or old funk fan, at the worst, a third of the songs on that album you skipped over. I understand the West Coast is about pimpin, bangin', and smoking weed, but you don't even believe Dre is doing any of that and the more I look at him trying to bounce around in his black tee and keep from smiling while he mean mugs, the more awkward it looks.

Then there is the fact he takes for damn ever. If you're going to take a decade to put out an album, I should consider every single song a classic, there had better be no filler, or songs that make me go "ehhh". Do i think that will happen? Nope.

The worst part is that Dre has this reputation of being a perfectionist but is that true or is he just a bullshitter, who when he does actually finish, makes enough money to justify the waits? I'll tell you what, when Detox officially drops, we will know won't we.
Labels: 50 cent Aftermath Detox Dr. Dre eminem Interscope Records west coast