Common is a slept on artist in a lot of respects. You rarely hear people clamoring for a new release from one of the most timeless mc's in the game, however, upon the announcement of an album, it's lapped up like hot soup for orphans. Upon hearing "Blue Sky" I was more than ready for some real all-around good hip-hop. Without further adieu, here is my album review for Common's The Dreamer, The Believer. 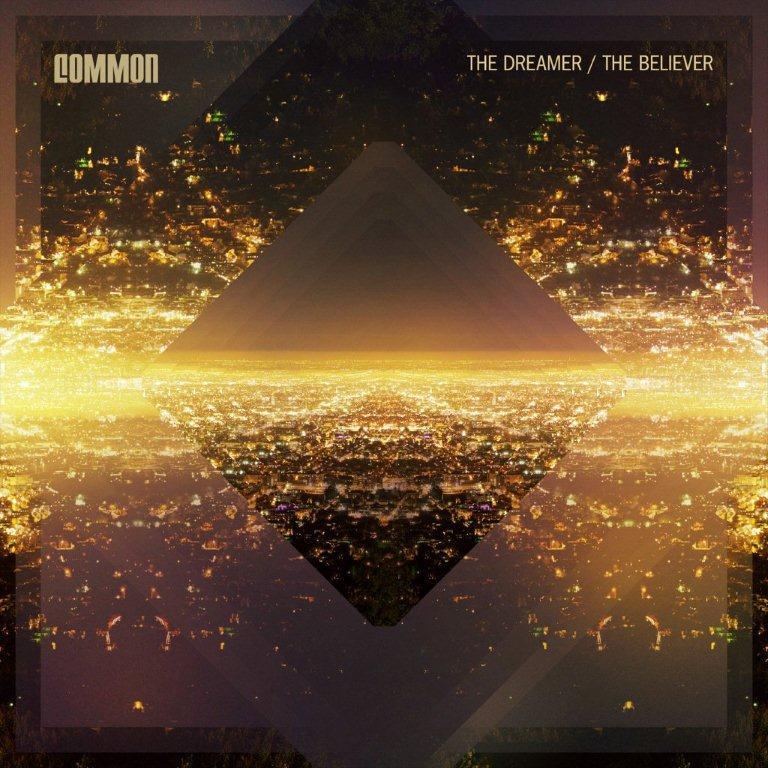 This joint starts out with some classic Common music on "The Dreamer" which features a poem from Maya Angelou at its conclusion. This song is about belief and realizing he has accomplished so much and has that ability to show others how to dream for greatness. On "Ghetto Dreams" however, Common takes it more to the gutter as he describes a ghetto niggas dreams about a certain type of 'bitch'. Nas follows up with a verse to close out the song. The lead single from the album is "Blue Sky" a big inspirational track that is in heavy rotation.

"Gold" is a soulful song that is like gives off the good vibes of the classic seventies music that serves as Common's way of bragging hip-hop without being so obvious about it. It is a metaphor about him being a chosen top rapper. "Lovin I Lost" isn't a new topic, it's about losing a love but Common puts a solid effort together over some soul production. "Cloth" is a much better relationship song about what's inside instead of the surface. But don't think Comm is soft, just listen to "Sweet" where Common is at his angriest since he went at the Westside Connection back in the day when he addresses 'soft' rappers.

"Raw" finds Common spitting about getting a woman but not with his normal smoothness, but showing his rugged side. "Celebrate" is just that about enjoying life with everyone home from wherever they may have been and having a good time. On "Window" Common tells a young lady to listen to her inner heart and not on outside influences. Common wraps up the theme of the album with the help of John Legend on "The Believer" on how he still thinks the next generation can come up if they are helped more and judged less. The literal ending of the album is once again a piece by his pops of spoken word.

Now I was anticipating this album a whole lot when Blue Sky dropped because that song is the truth. Sweet made me stand up like when D.O.A. first dropped because it was an example of the perfect blends of good music and masculinity within two singles. The album does let me down some with a single tone in production, although it is all of the best quality. Then there are odd moments like two instances where the term "bitch" is used in hooks on celebrate and Ghetto Dreams which seem out of place in the normal positive messages of Common. Occasionally he can be slightly convoluted and it takes this album down a couple of notches from gems like 'Be' and 'Finding Forever'. This album is just what you expect from Common and a much needed release in this era of hip-hop.