So I'm not into giving total album break downs to mix tapes but I have to figure out some way to incorporate them because they are so important in hip-hop these days. Pretty much everyone is putting out music every six months at this point. While there are inherent problems with that, this isn't about that aspect of it, this is about the music. So let's start with the artist who has impressed me the most this year, Childish Gambino and his Royalty mix tape.

The mix tape has a lot of notable features such as Nipsey Hussle, Bun B, Ghostface and Danny Brown. The song with Nipsey seemed slightly underwhelming but probably because they are two of my favorite artists I had high expectations. "We Ain't Them" has more of what i expect from Gambino and the odd "Toxic" which features Danny Brown and uses a sample from the Britney Spears song of the same name is oddly good. However, there are some odd combinations and people who feature who pretty much suck in my opinion. Gonage who leads of "Arrangement" is just awful and makes the song almost unlistenable. Kilo Kish on "Make it Go Right" made me scratch my head. Of these weird features, the best is from Atlanta rapper Alley Boy on "eal Estate" which preceds a funny Tina Fey outro.

I am a fan of what Childish, aka Donald Glover can do but I don't expect him to be a superstar. He is doing the best by getting what he can out of his momentum but it feels like he is forcing the more hood features on this collection of songs. He also simplified his subject matter to simple having money and balling which everyone else already does. The uniqueness he possesses is lacking for me on this one though he can still rap pretty good. 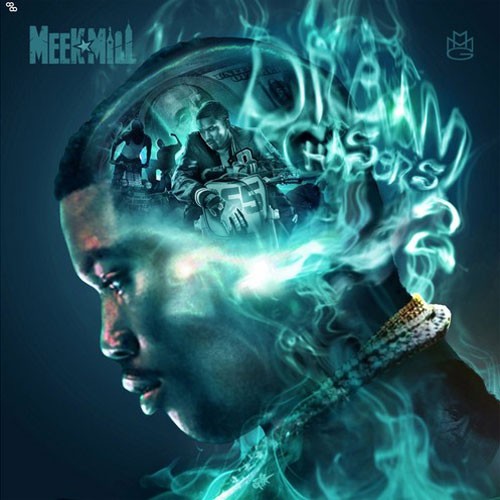 Meek Mill is getting ready for his album "Dreams and Nightmares" by dropping Dreamchasers 2 and it isn't as good as the first one which had some solid songs. Some of this has to be attributed to the fact there is an album coming out soon and it had better be better than his mix tapes. One of the lead songs is "Amen" with Drake and Jeremih which is an average song but definately fits right into the popular format of the moment. Other features include Kendrick Lamar on "A1", Rick Ross, French Montana, Bg Sean, Wale, Fabolous, Mac Miller, 2 Chainz, and Trey Songz. Other than "Amen", there isn't that big hit to follow up ands most of the songs are the same thing over and over. "Ready or Not" is at the beginning and more in depth although DJ Drama talks too much over it. The "Outro" is more than just rapping over a fading track, it actually is one of the better shows of talent by Meek, he leaves the generic stuff on the 'songs' on the tape for what it's worth.

If you don't care about content and you're just looking for individual songs that might have a hot beat or some dope lines you'll probably bump this heavily but too much of the content is the same regurgitated drivel about banging someones girl and tossing money like crazy. Of course that's whats popular but it gets old after a while.

Finally, Driicky Graham, the guy behind "Snapbacks and Tattoos" attempts to build upon his buzz with his tape, "Ya Gotta Start Somewhere". There aren't name features on this but he does have others trying to make it like Moninayo and Harvey J. Moninayp and Driicky remake Crush on you with "Suckerproof" and while the lyrics aren't always the best, he isn't any worse than Lil Cease, though lines like "I make you shit like sippin prune juice" can be laughable. The beats are pretty solid but all are aimed at attempting to get singles and itunes type downloads when you listen. It's not really cohesive as a project but it doesn't mean Driicky won't blow up though I do worry he could end up being like a Chingy Lite where he gets a couple of songs that pop but overall he doesn't have the staying power. He tries to incorporate a story into "Pay Up" but it doesn't work well. I would say this, if you liked the single, which I didn't think was bad, you will probably find something else you like on here but it's hard for new artists to get put into rotation with another song because people don't like to give those kind of chances.