So I will start off with a guy who has been grinding for a few years, Los aka King Los from Baltimore. Now he is sort of like Wale, he may have skills but his personality can be lacking. One of the original members on Puffy's hip-hop version of making the band, after the second iteration failed, he was brought back into the Bad Boy fold which can be a good thing or a really really bad thing depending on how you see it. I mean no Bad Boy artist has blown up since Puff started rapping himself. Los shows his lyrical ability on some of these tracks like "Burn Slow" which features Wiz Khalifa and he raps alright on the song but it's still not all that tight conceptually. 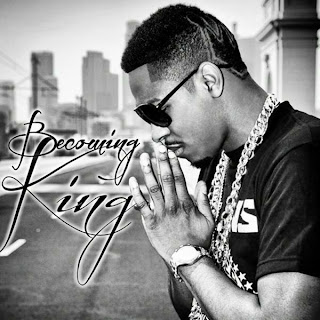 He doesn't have that issue on his remake of "Sky is the Limit" which features the star power of Fantasia covering the hook. In fact, one of the things about Los unlike other artists dropping these mixtapes is his high powered features.such as "We Ain't the same" with Twista and Tank. Puff himself also features as does Ludacris, Pusha T, Yo Gotti, Juicy J, Cassie, and Raheem Devaughn. My Favorite track is "Pay Up" where Los goes off showing off his true skill that sometimes comes off as masked on some of the other tracks. The second listen was better than the first as he isn't as watered down as it seemed but it's not what I would call a classic, though it is solid.

The other big new release is from J. Cole and his Truly Yours Part 2 EP. Some people have been fawning over themselves over the song "Cole Summer" even getting a highlight of twelve hot lines in Complex magazine. Honestly the hype is unwarranted, he does have some good lines but several just plain bars get the treatment as if they are the hottest bars ever. "Kenny Lofton" has a wack ass hook to me but the verses are actually not that bad though they aren't really about anything.

"Chris Tucker" is a corny title and the hook also is lame though it will catch on because the beat is infectious. 2 Chainz also features but drops some BS all over the track. "Head Bussas" is skip worthy and the feature on "Cousins", Bas, makes me want to skip before I even hear Cole talk about a relationship with his family member. "3 Wishes" was also a good song telling a good story but the beat is sleepy as is most of the EP. The production is very boring and Cole doesn't help because he sounds sad and depressing on every track pretty much. I personally won't be listening to this much.

The last item I have for you is the XXL Freshmen 10 mixtape hosted by DJ Drama. The intro. serves to introduce us to all of the freshmen with 4 bars and no one really is impressive. Ab Soul's "Back Then" is totally unoriginal and didn't lead me to get the growing hype surrounding him, neither does TDE labelmate Schoolboy Q on his song. Joey Badass is alright as well as Action Bronson on "Beyond a Reasonable Doubt".

I wasn't impressed at all until "Loftcries" from Angel Haze who actually decided to spit and put something out that showed skill and depth which she replicated on "Element". Travi Scott's "God level" is cool however I can do without Kirko Bangz forever at this point as he gets showed up by Big KRIT on "So Trill". From PG County Maryland, Logic has the most impressive song as he goes dumb over an updated old-school style breakbeat on "Gone". Listening to Trinidad James on "I Need Mo" made me mad because I couldn't help but nod and want to two step. Dizzy Wright is on two songs and both sound the same. Trnidad's second track isn't as successful and TI and 2 Chainz both try to help Travi Scott's second cut.

The other ultra annoying thing is DJ Drama constantly talking and saying nothing of value over every track. No one cares about your absurd over-statements about the depth of these artists and particular songs. He exaggerates with no reason to do so and it makes the songs even worse and more annoying.