So I'm supposed to be eating but instead I see some tweets from Lupe and I'm reminded about something I thought about earlier. Hypebeasts in hip hop. Now what is called a hype beast currently is a dude or female who pumps up a pair of shoes on the market with no discretion, meaning, every brand new show is hot, it's a must- have and you have to line up for them. These are the people who encourage so many limited edition foamposites and retro jordan releases so they can say they got them, for the fourth time. I feel like hip-hop is becoming just like that let me explain. 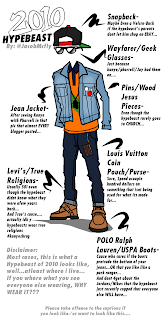 This week has just brought two albums that were highly anticipated, the latest from J. Cole, "Born Sinner" and Kanye West "Yeezus". Now of course they both leaked as to be expected, but whats always interesting about social media is the reactions. Especially since everyone is in a rush to be the 'first' to have their opinion. But what strikes me is that so many people were so quick to say that both albums were "hot" or "classics" and epic, etc. It has come to the point where every album is a classic or 'fire'. That's just impossible. Hell, people are even saying Mac Miller has a hot album. These three releases are so different it is highly unlikely the same people are rating all three good to great is either unlikely or a lie to avoid ever having the appearance of a hater. That means hypebeast. There is no way you can find a positive spin on everything, that's just wholly unrealistic and ridiculous. There is nothing wrong with disliking something. Just as it is with tennis shoes, or sneakers, everything isn't hot or slick and it's ok.

I know I'm extra critical so I don't think everyone will be like me so I understand I get a lot of heat from true fans of certain artists. Wale has some real fans as does Ja Rule. I feel their passion when they talk greasy to me on twitter, however J. Cole fans seem like they're just going along with what seems to be the thing to do. I think Kendrick lamarr is phenomenal but for everyone to think he is the new shit is kind of nuts isn't it? I mean Nas wasn't loved as universally when he was atop of the game. I talked to a guy today and he said "you know why they jump from artist to artist, because they don't know who they are". He has a huge point. Part of what was different in my day was that it wasn't a big contest to fit in universally, there were hardcore DMX fans who didn't buy Jay-z records because he didn't represent the hunger that they had. They were emotionally tied to those artists but at the same time most logical fans could admit mistakes and missteps.

That's not to say people of my generation didn't pump things up, but social media has changed everything. Hashtags reign supreme and you have to be trending in order to be important. Or even better, in a world where even the biggest star is just 140 characters away, getting a retweet while being called a hater brings out the biggest fans. Being called a hater is also the biggest crime to be accused of now as there is no reason for someone half a continent away to take the time to hear out or listen to your reasoning.

The other reason hype beasts exist in hip-hop, is because there is always something new coming out. Rappers don't even make albums that are front to back compositions that could even be put into the discussion for 'classic' let alone be called them. Recently, Kendrick Lamarr has had the closes thing to a classic album. But how many people are listening to that over and over, picking it apart and getting the new nuggets out of every line that are sitting there. Not many, and why, because there is a new mixtape, another new album, something else to get excited about. Like if you don't stick to one song or album after it's initial shelf life does it really hold that weight of being 'hot' you initially applied to it. But maybe that's just me and I have a higher standard for definitive classic albums. 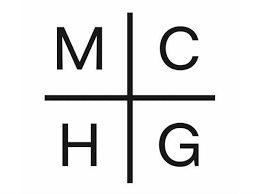 I also have expectations, but I feel that many of today's listeners, due to their penchant for moving on, pre-sell themselves on the idea that whatever is coming out next from a popular artist is already good, because that artist is popular at the moment. I am trying to stay off of social networking right now because I am fearful of the upcoming exaggerations about the depth of some of Jay-z's upcoming Magna Carta lyrics which he is releasing via his app. While Jay probably deserves some of it, it is wise to keep your thoughts about what it could be to a reasonable level and not expect the next greatest album ever but to wait and hopefully be impressed with what comes out.

At the end of the day, we love this music and get excited about it, however we need to be cognizant that we are still allowing some things to be special, and making other artists actually earn the excitement we might have for their work by making them prove they are worthy of classic hype.
Labels: DMX expectations hip-hop hype hypebeast j. cole Ja Rule Jay-Z Kendrick Lamar Magna Carta Nas social media wale