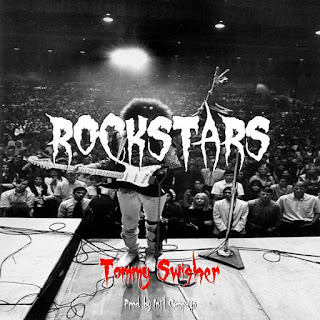 So today I listened to this joint from Tommy Swisher called "Rockstars". This is a slowed down 'rockish' rap song. Rock in the way the cadence on the hook is and the drums and some guitar sounds are sequenced within the track. Now lyrically it's pretty simple but it's cool up until the end where there is a ridiculous amount of F-bombs that really don't serve an artistic purpose to me other than to say them, but you can be the judge on that yourself.


Now for a change I'm going to take it to the R and B side because I kind of liked the songs from Rhonnie O'neal. She has a sweet voice that reminds me of Marsha Ambrosius a little bit and these songs from her short EP release, "The May" . The only issue I have is that it isn't mixed where it needs to be. The vocals are way too low and get drowned out by the solid musical backdrops but they aren't working together as well as they could.


Finishing up this week is EMJA with his track "Acura Legend".  A soul sample that has the artist reminiscing a bit is a very cool joint to ride out to. It isn't ultra lyrical but it does paint a pretty solid picture of hanging out as a youth. The Kansas City rapper has a nice flow and doesn't do anything to make the song wack by any means.The one thing I will say listening to some of his other music is that he still needs to step up opportunities on the flow. It can stay too simple at times and if you're going to do that you have to really get nice with the verbiage and metaphors. It's pretty much a common problem these days if you're not trash juice people let you live but I would stress EMJA needs to push a little bit further.