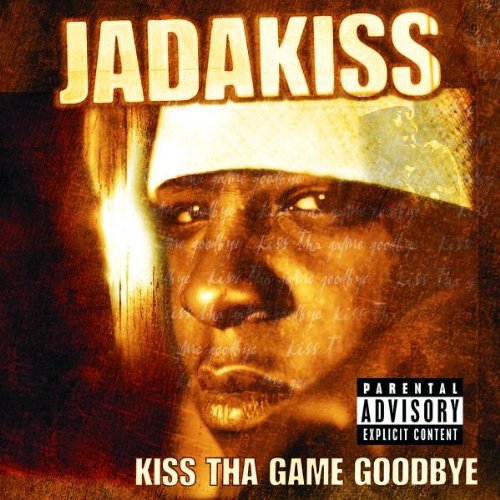 So Kiss is polarizing for me because he's decent to me but not great and a lot of people have him in a top 5 or really close. Me I haven't ever been as impressed with his body of work, I don't think his voice and flow overcome his same subject matter all of the time and his lyricism is over rated I feel. So in honor of that I decided to make this week's throwback album review his debut solo album, "Kiss The Game Goodbye"

The album starts off with "Jada's Got a Gun" which has a simple chorus and verses that have Kiss describing the many guns he has and what they will do to your body parts. It's actually pretty catchy though with decent production by Swizz. Now I never liked "Show Discipline" when it dropped and I know I wasn't the biggest fan of the production but it has aged better with nice guitar riffs and a nice feature from Nas. One of the singles was "Knock Yourself Out" which had Jada spitting some very simplistic rhymes in order to make a single for radio. it is alright but it didn't feel organic.


"We Gon Make It" which features LOX mate Styles P was definitely a hood hit and the beat holds up and lyrically there aren't a lot of time sensitive similes or metaphors but what there is is a lot of gun bars. "None of Y'all Better" with Sheek Louch has some classic Premier production and has a different energy than the songs that precede it so it works pretty decently. Now "Nasty Girl" produced by Timbaland was another shot at getting singles airplay and it wasn't bad but you can tell this isn't kiss' strong suit as the majority of the verses are just him name dropping exclusive designers.

"Put Ya Hands Up" is a cool song and seems like something Puff and Bad Boy could have come up with although the beat just screams out that it is the ruff ryders sound. The West Coast feature (cause back then you had to represent for every area) "Crusin" featuring Snoop has a really weak track and average raps. The Nate Dogg feature "Kiss is Spitting" uses the same Michael Mcdonald sample as Warren G used on "Regulators". it's a cool track I can see many people want to spit to but it feels lazy and Kiss doesn't bring any energy or something opposite to it to make it stand out.


"Fuckin or What" is a lame song overall to me and Kiss could have just put this into a song with a more creative hook but I don't understand who this song is geared to. A couple of nice ignorant lines in here but it was filler. Same thing goes with "I'm a Gangsta" which featured Ruff Ryder artist Parle who never blew up. The Southern track wa s"What You Ride For" which featured No Limit artist Fiend, Yung Won from double R and Memphis rapper 8Ball who has the best verse. "It's Time I see you" has Cross and Infa-Red who were artists trying to get exposure, Sheek and Styles and Drag-On and Eve, Drag has the best verse on the posse cut which is just bragging and tough guy rapping even from Eve.

There are some other songs but none that are exceptional. the thing I ended up taking from this is Jadakiss isn't as lyrical as we give him credit for. He is fairly straight forward with his delivery being the biggest thing that he has going for him. He isn't exceptionally descriptive most of the time and even what the Lox are good at, saying extra hard and grimey statements that describe how tough they are come mostly from Styles and Sheek. There really isn't a lot of variety and the album is way too long with the same things on every song that are redundant and show how much Puff and Bad Boy was needed to push the album into different areas for variety.