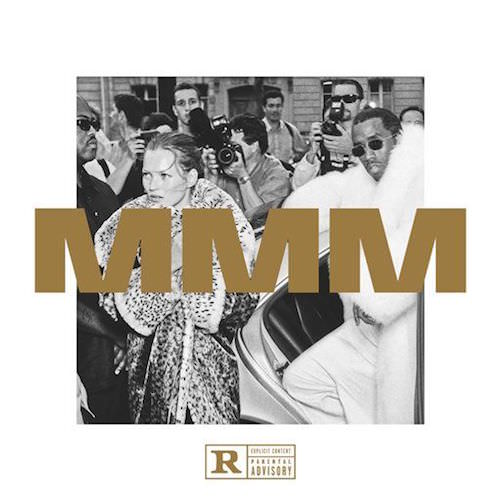 So Puff aka Diddy aka Puffy aka Puff Daddy aka Sean john Combs is out with a new project and a new distribution deal. This isn't all either as this newest album, MMM for "Money Making Mitch" is a preview of sorts for the next album, which is to be called "No Way Out 2". It also has a lot of the feel of the 90's era and the Bad Boy joints that came out to get the label off of the ground.

The album starts off with a skit where Puff explains the theory behind Money Making Mitch before going into the first song which is aptly titled "Harlem" and features Gizzle. The track has a much harder edge than we have been used to Diddy using recently. However the song goes against the idea of who Puff is even though he is trying to embody this character persona. The verse at the end by Gizzle is decent though. "Help me" with Sevyn Streeter has this dark undertone but it also feature P.D. (or is it Mitch?) talking about hustling dope on the streets.

The title track features Future and King Los. I know Future is what's hot in the street, and the hook is passable but I can't get with him myself honestly. Puff has a slow and simple flow that tries to get over with his arrogance and the catchy bass line. It's obvious Future penned these bars for the CEO. The lead 'single' is "Workin" which debuted at the awards shows this past year. It features Big Sean and Travis Scott and if you weren't feeling it based off of BET, playing this in the whip or the club will make it grow on you.

"You Could Be My Lover" with Ty Dolla Sign and Gizzle is cool I guess. It's something puff been doing a while, you might mess with it and might not. "Money Ain't A Problem" with French Montana has a catchy hook, even though it uses auto tune which Frecnh doesn't really need. However, I feel like it's cheating using my nostalgia from the Lost Boyz classic Renae as it uses a sample with the bells tolling just like that song. Puff's bars aren't too abd and it's parts where you gotta get your diddy dance on but I wish King Los or someone who can spit a little bit was featured to round out the song. "Blow a Check" which also has French is pointless.


For me there are two real highlights on this that had me really feeling like the original No Way Out era. "Auction" with Lil Kim, Styles P and King Los. The beat has that Hitmen black exploitation sample feel to it. Reminds me of the mixtape posse cuts. By far my favorite song is "Everyday (Amor)" which features Jadakissm Styles P, and Pusha T and everyone gets dirty on this grimy track that was built for pure lyricists...a version of the with Ghostface or Raekwon instead of Puff would become an instant classic. It's that type of joint.


I wasn't expecting Puff to join in this calendar year's releases of above average material but here he is throwing his hat into the ring with something for the streets. But that's my problem, I don't go to Puff for the streets, at least not without one or two big joints that will cross over. On this Puff gets a bit out of his lane and talks a different kind of tough talk and I'm not sure if this is the character of Money Making Mitch or Puff. He never makes that clear enough for me to overlook and so I need to hear that epic hit that either bangs the club or radio. "Workin" is close but it doesn't scratch that itch for me. then the last four songs as well as the wiz Khalifa feature are just weak to me even while I can rock to Money ain't a problem. I've listened about 3 times and might never make it to 5 for the vast majority of this project.