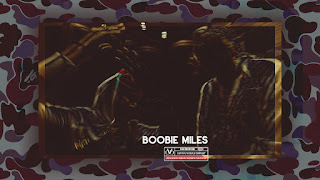 This week the first artist is Khali Fresco.Coming from Phoenix, Arizona, he still has a west coast inspired flow but there is also some of the southern style and maybe a specific taste of the bay area in his sound. This video for "Boobie Miles" is an aggressive straight up rap to show his skills. I also checked out a video he had on worldstar called "Fresco Over Everything" and it's much of the same. While he does have a good feel for how to kind of spit, he sounds polished and ready and has some of the braggadcious rap down pat that is popular, I would need to hear something of substance and content to really give him a nod of approval. A one off song here or there, is cool but it doesn't say anything about who he is and that's what I need.

The second artist this week comes by way of Miami and I didn't hear any actual songs but he goes by the name of Bogart - classic rap name actually and he is currently working on a series of 50 freestyles in 50 days. Now most of them are pretty decent but of course the nostalgia from some of the beats helps out. I would prefer artists who aren't established don't do these series because they aren't going to make you a name unless you absolutely destroy the verses and even still it doesn't mean that you will be able to make a good or complete song. Back to Bogart he has a classic flow and sound so when he drops some other songs it will be worth a chance to take a listen and see if he can carry the skills over.


Now this week we will wrap up with one of the more unique feels I have gotten from an artist in a while with Mayde and his song "I Need More" which started off awkwardly to me but I couldn't stop listening to it. It is more positive and uplifting although the sound of it is a bit haunting. His sort of different feel has to be influenced by his background, hailing from West Africa by way of Seattle and LA you can tell he has a slightly more worldly sound. He has a free EP for download called "Magna Cum Laude" and I really have to give it a thorough listen because I think there is something cool here but I haven't had the time to go through it yet. For me this guy has the "it" factor though he might need some help to direct it and really hit his golden spot.