So after a terrible first two months for hip-hop as everyone waited for Wayne to go to jail and T.I. to get off house arrest, not much happened. Yeah DJ Khaled fropped another dud of an album but the only thing to look forward to beyond the Nicki Minaj sex tape, has been this Ludacris album which had been delayed since the summer when it was scheduled to drop as a duo album between Luda and DTP member (maybe?) Shawnna. The concept was simple but since hip-hop album concepts today consist of rappers who claim to have sold drugs pretending to be movie characters to sell drugs, this is like physics compared to addition and subtraction. 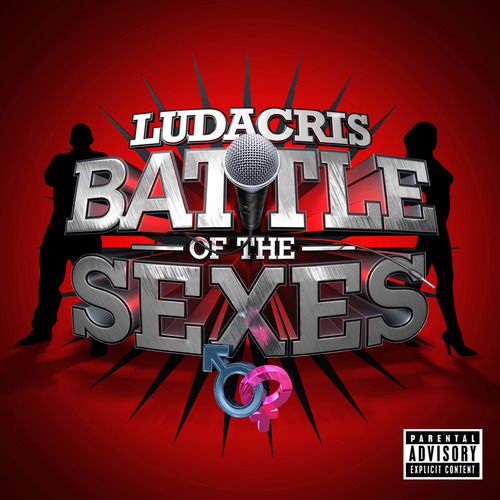 Luda of course leads the album with his usual spitting but what's crazy is that Shawnna is featured but not credited even though her voice appears on the hook. Don't hold your breath for a verse on a beat that is tailor made for her to rip to shreds though. We then go into the platinum single "How Low" (featuring Shawnna on the hook as I roll my eyes seeing the messed up pattern emerging here)and into "My Chick Bad" which features femcee of the moment, Nicki Minaj, with her trademark spastic delivery and lack of actual lyrics. Disappointing is that Luda even turns and raps like Nicki on the song. Lil' Scrappy replaces Shawnna on "Everybody Drunk" and he does a decent job.

R and B contributors include Trey Songs on "sex Room", Ne-yo on "Tell Me a Secret", and Monica on "Can't Live Without You", which are all ridiculous reaches for radio airplay. By that none of them stand out or feature Luda's normal wittiness or originality.

The unexpected feature comes from Flo-Rida on "I Know you got a man" (yawn), the song is boring and trite though Flo manages to bring some harmony to the track. "Party No Mo" is another song that shows Luda trying to remain relevant by reaching below his talent level to include Gucci Mane, who has a pre-recorded hook on the song. The Most 'Luda-like' songs are "Hey Ho" which features Lil Kim and is a slid song, "Sexting" which is a play on the Tiger Woods saga, and "B.O.T.S. Radio" which features I-20 (lol) and a once again uncredited Shawnna. Speaking of Shawnna she is also on "I do it all Night" and all of her verses seem to hit better than Luda's though they may not be the best lyrically.

It's unfortunate she ends up getting screwed yet again because she had two albums based around decent singles that had no follow-ups or promotion and now she gets her concept album and credits taken away. I don't know industry politics but I see someone like her who has paid dues, seemingly has some type of story to try and tell and a different style about her and can't catch a break while your Nicki "Let's recycle Lil Kim" Minaj is all over the place.

This isn't about just Shawnna however but overall this album is lackluster. This must be the new "Chicken and Beer" because it has mass appeal singles but nothing on this album makes me want to actually hear it again and that's bad for Luda. I at least consider him good for three strong songs that may or may not make the radio but this time he let me down.

-and yes I know I only posted stuff with Shawnna since she got screwed in every other way I'll show her some love.
Labels: album releases Battle of the sexes Ludacris Shawnna Southern rap