So I decided to check out this hood dvd about the life of Nathan Avon "Bodie" Barksdale the inspiration behind several characters from the hit HBO series "the Wire". I did this for a couple of reasons, one, I'm from Baltimore and I loved the story-telling behind the Wire as the entire cycle played out, and two I needed to redeem my hood card. Maybe the second part was a joke but honsetly these types of street dvd's are a big influence in hip-hop culture now, allowing what once were local tales of the streets to be spread out to a mass audience. Most of the time, I look at these things and get pissed because of how much they glorify the worst aspects of life in the hood under the guise of "education". 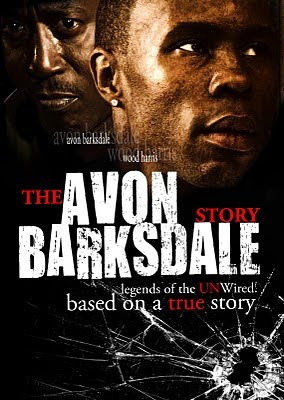 Now about 80% of this movie is the same old "nigga shit" in my opinion. Interviews with Bodie some of which were carried out by a Wood Harris who seems in awe of this guy, I'm not sure if it's just true respect and admiration, or out of a need to make Bodie feel good about himself in order to get him to talk but it's fairly evident. Much of the story is paraphrased by the narrator which is a good thing. Whether it be the myriad of injuries or the lack of education and the thick ass Baltimore accent (and I don't mean that 'Hon' shit either) the editing was done to keep Bodie's screen time at a good level and to actually move the story along. The portions with Barksdale's mother, associates, and the lone cop who dared show his face don't fare any better when it comes to the accent.


The last 20% is the part where you get to think if Barksdale has changed. This is where he talks about his incarceration and the thoughts he had about his release. He also has one of his younger family members express what they are doing to try to quell the violence they were such a huge part of. I'm not sure if it is successful because the younger generation tends to tune out those who used to be on the streets with each passing year, but the attempt seems to be genuine. There is no pretentiousness in anyone's ideas and it does a much better job than the BET series about gangsters of trying to end with a message of some sorts that the crime and murder need to stop.

Honestly up until that point and sitting here writing this review of the dvd I felt like this was just like so many rap artists out there, trying to glorify and make a person who helped to destroy the black community into some sort of star or celebrity. To a large extent it does, but maybe it's the way I look at this guy and the things he has gone through should let people know, it isn't for most. To be shot multiple times, lose your sight and ability to walk at one point, have so many people around you die and go to jail in the way he did should make anyone sit there and reconsider their life options. Hopefully people will takie a minute after watching this and go woah, this isn't the way I want to go about things, however, looking at the influence that hip-hop has had and the seemingly lost interpretations of the NWA's, Ice Cube's, and Wu-Tang's of the world give me second thoughts. If you see this dvd let me know what you think about it.