As we all know, Skillz is the official artist who does the wrap-up every year. What started as something for a bit of fun for him, one of the illest ghostwriters who the younger generation doesn't know, has become fully expected by the hip-hop community. Now he took to his twitter on new year's eve and told the eagerly awaiting public that they would have to wait because he had a paying gig and he wasn't about to be late or miss that for a song that no one had ever paid for. Some people were upset, but that was the tip of the iceberg...For when the song did drop, Skillz sent out a link for an itunes download at a whopping 99 cents!

I know he had plenty of angry tweets though some fans did reply that it was only 99 cents and for everyone else to stop being cheap. That Skillz put his work behind it, had studio time and mixing done and didn't really get any benefit from it, I highly doubt anyone books him to perform the wrap-up, meant he was entitled to get paid for it. I don't have a problem with that, but it does highlight the obvious disconnect between hip-hop fans and artists, especially those with a large internet presence. 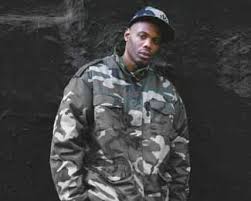 About 3 years ago, Queens MC Cormega, who was once part of the Firm along with Nas, AZ, and Foxy Brown (for the uninitiated) made the statement that internet fans, while supportive ain't shit because they don't actually buy records. For the most part, he is right apart from a really small core who are true fans of particular artists, no one is going to download an album for free, then go and purchase the same album. Internet fans are some of the most voracious supporters of the non-mainstream acts that exist. Just look at the ground support for Joe Budden, Joell Ortiz, Black Milk, and Little Brother. However, when it comes down to it, the numbers don't come close to adding up even in the sense that they have a smaller fanbase. The reason, their fans take to the internet and tend to be more computer savvy and thus able to trade and give the sometimes hard to find music to one another.


Unlike one of Skillz' supporters insinuated, it's not about being a cheapskate, it's the simple fact of that matter that the music can be found so easily, and their is a rush to get it first, that it's just not going to be paid for. There are plenty of sites that provide music leaks including, blogs, forums, message boards, and probably even e-mails and tweets. It's not personal, I bought "From Where?" but back then I had to. There was no other choice. Now there are so many outlets that in an industry that moves so fast, by the time a song might be actually available for download on itunes, the consumer has moved on from that to the next one. Even if you remember, are you really going to spend a dollar on a song you don't even like that much anymore, or one that you have already listened to 30 times. You don't need the second song, and the artist looks like he ate earlier he should be alright. It's not right you can say but it's what the industry has devolved to and that's the fault of everyone, from fans, to labels, to artists.
Labels: Black Milk buing music copyright Cormega downloads fans getting paid illegal independent internet itunes Joell ortiz label Little Brother Skillz wrap-up 2010