We back and this week we're going to start off in Brooklyn with an MC named Amari Mar. Point blank dude has the NY sound down pat with a classic NY voice and some tracks that are vintage NY yet they aren't old. They just have a solid feel to them. His latest effort is called "Da God Must B Krazy". It starts off cool with a title track but the drums on "Prepaid" come in and the head nodding begins. Now I must say, the vocals could use refinement in their mix. He is a little choppy lyrically and with the flow on "Proof in the Pudding" but I actually liked the hook. 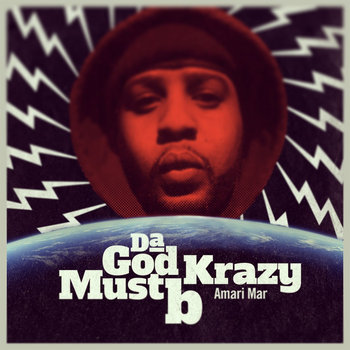 Da God Must B Krazy

The theme kind of continues, as Amari really channels his inner Wu. It seems he would find that a compliment but the trouble is that in today's market there just aren't going to be many people looking for that feel yet trying to grab a new artist's cd. I know for myself Triumph is just a few clicks away on my phone. While I totally respect this direction, Amari is going to need to do something that might be a bit out of his comfort zone to break through even to people of my generation. Does hip-hop need more darker, in the basement type of rappers? Only the fans will be able to tell. Check it out and let me know what you think in the comments.

In contrast to Amari Mar, New Jersey Native King Ra takes that same East Coast classic feel and brings in a track that has the hardcore feel yet a little bit more energy and it's produced by a cat from Serbia named Luka. "I'm in The Area" makes me want to grab some fatigues and Timbaland boots and a chew stick and stomp down the street.


I could do without all of the scratching at the end, but it doesn't really take away from the song. I even checked out his bandcamp site and some of his previous songs on mixtape releases. Ra has a good strategy of limiting his verses and not doing complete songs each time, instead maybe grabbing a couple of beats and giving you a taste of what he can do which leaves you actually wanting to hear the next track. A lot of artists do too much when developing themselves and overkill and over extend themselves by trying too hard to show they have verses and songs for days when they don't. 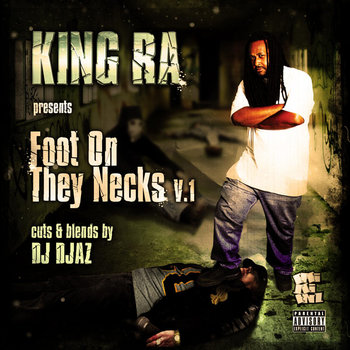 Third this week, the ladies are represented with Stacie Banks and her new joint "Light Me Up". Now this isn't anything new as Stacie is comparing herself to a blunt and I'm not into smoking nor overly sexual females not named Lil Kim circa 1996 but Stacie was aight. Her voice is cool and she flowed well over the song. Now I looked at some of her past Youtube videos and she doesn't seem to be too experienced, with only a couple of years in so there is still room for her to truly find her own lane, style and direction but she seems to be off to a promising start.