Now I don't like to even acknowledge some of these people because the problem with conspiracy brothers is that they normally take things too far and connect a lot of stuff that doesn't go together with obscure theories. Check out the latest from "Professor Griff".

Now if you listen through all of the nearly 20 minutes of this nonsense, you will get to the point I feel is at the heart of the matter. Look at his comments about Nas, and KRS-1. The idea that Krs is now getting to do commercials and have a wider range of opportunities because he is an unwitting pawn is absolutely absurd. Then there is the fact he says he was supposed to be the sacrifice for Public Enemy but he survived it and thus his house was burned down as a message.

Let me say this now, Nigga please. Who are you? You are not anyone important so no one believes you anyway. The biggest problem is you can see he was kicked out of the game and is trying to strike back out of bitterness. That's the problem with a lot of guys like this, they are looking for someone else to pin their failures on. Man up, be responsible for the fact your career isn't squat. Everyone who is being successful isn't because of a blood oath and selling their soul.

I'm rambling a bit but this type of conversation is dangerous because it feeds into the mind of a weak person who isn't motivated or who hasn't had success by giving them someone to blame. It feeds the insecurity of a person and allows them to feel good about wallowing in mediocrity and ignoring the hard work that others put in for success. The other troubling thing is that this Illuminati seems to be in every aspect of our lives yet someone like Griff only focuses on hip-hop. Why don't we look at the facets that actually affect our lives like businesses and political action.

Wait, I'm sorry, Griff does, in the form of Sean John clothing and tight jeans like those seen above. Now it's one thing if he just said that kids wanna look like Puff and dressed extra slim and form fitting. Nope, he has to go the extra mile and say that it's not that, it's electronic chips (rfids that are used for inventory management any business owner could tell you that maintaining proper inventory counts is important, however, it isn't widely implemented in individual items as of yet) and quick thinking salespeople who go and swap tags are what is changing fashion. I mean if you ask for a 42 long (who under the age of 40 does that anyway?) and they slide you something else and say this is what it is, you just go along with it. I know I have never just taken a pair of jeans home if the fit didn't feel right so I don't know what kind of sheep ass friends Griff has but he also says that the trend for fashion is becoming more feminine (possibly but not for his reasons) and jailhouse, because urban entertainers have always been the ideal portrait of masculinity. 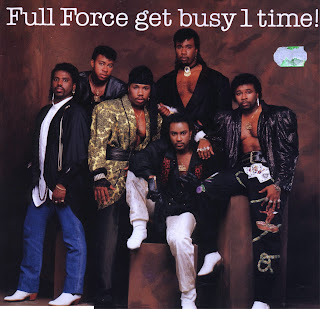 I think you get the picture. I could go on about how when P.E. came out Chuck D.'s jeans weren't baggy. The baggiest pants were Hammer pants and he was unquestionably the king of marketing at the height of his career. I guess the Illuminati didn't like hip-hop until Jay-z started blowing up and Pac got killed because Pac was the key of course. He was going to expose the illuminati because no one else would.

Wait, this is the book that Griff had...and there is a white man who wrote it....it all just doesn't make sense. Stop worrying about who is "stopping" you from being successful and why other people are and focus on creating a plan for yourself and actually working. Don't buy into the hype, stop, listen, and think things through because according to the things griff says, the only thing missing from my life to make me illuminati is a damn music video.
Labels: conspiracy excuses fashion illuminati Jay-Z Kanye West Nutty professor Professor Griff Public Enemy Sean Combs sean john success theory