It used to be Hard to Rap

After looking at my album review of Take Care by Drake and the bit of firestorm that this new release is causing I had to come back and make this post. The controversy for me surrounds whether or not Drake is actually a great rapper and if this is a great rap album (it's not). See some people think Drake is great just because he doesn't talk about the streets. He does have skill don't get me wrong but he isn't well rounded enough to be considered a great rapper.

Back in the day, LL Cool J was the best rapper on the planet but he still had to prove himself because after "I Need Love" people thought he was soft. Especially after the album 14 Shots to the Dome. He came back with Mama Said Knock You Out, and many critics were quieted because he proved he could battle you and wreck your career and make songs that got steady radio spins. He had to prove himself. One of the reasons why Jay-z is widely considered the best rapper ever is because he is "the master of all flows" songs and genres. He has smashed everything from movie soundtracks, to underground grimy bangers, to the pop arena. He is the most well-rounded rapper ever and that isn't an easy accomplishment. It was however, necessary for him to ascend to the position he has attained today.


The newest generation of rappers is more organized around a niche and has no desire to conquer the other 'sub-genres' of hip-hop today. Their main goal is to ride the wave of a particular style or sound until it becomes the leader of the mainstream hip-hop identity and then profit. Urban music stations are generally followers, whoever gets popping is the model and every artist needs to fit into that mold for a period of time to make it. For a while, only Roc-a-fella records and scattered Defjam artists were able to chart. This transitioned to a period of Murder Inc. domination and then a 50 Cent/Interscope records reign before the identity shifted to the South. There have been periods of Crunk, Snap, and one where Jeezy and similar artists took over. At no point however, did artists ever cross over and conquer multiple styles and sounds. Thus, it has become more profitable to wait for your turn in the cycle and hope that you don't miss it, rather than incorporate multiple sounds into your own format.


Look at Drake and J.Cole, two of the more hyped young artists of recent memory. Both of them have skills per se, however, there is a distinct lack of variety on albums put out by either one. Even the promotional mix tapes lack experimentation and attempts to expand their own boxes. They belong to the new emo-rap that is the trend at the moment in the mainstream. Different from that, but still holding down the niche of "street rap" you have stalwarts The Lox, Pusha T and Jeezy, while more recently 2 Chainz aka Tity Boi, has made waves by making and remaking the same trap rap songs. It is at the point now where literally you just remake a song and you have a career some kind of way. 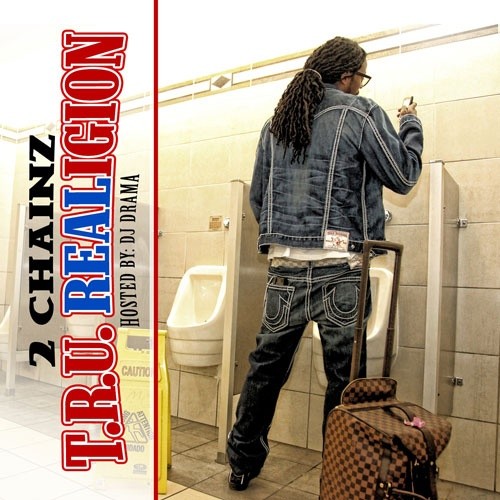 I always say the Wu was lucky to have come out when they did because in today's climate they would never have become so revered, but actually they would probably have more success now because once they established themselves as underground artists they would be able to have a stable career without any expectations of growth. The artists who are popular today find one thing they're good at and stick with it, why rock the boat if you don't have to? Much of this I would attribute to the falling value of entertainment and easy access. Ten years ago, going to buy a record was an event and it had to be worth every penny of that 12.95/14.95 that Best Buy was advertising that first week because after that it would easily cost 19.95 and at that point it really had to be tough to justify spending 20 bucks. An artist truly had to put their best foot forward. Now albums debut as low as 7.95 and with all of the mix tapes and illegal downloads there is less of an incentive for the label and artist to put the top dollar effort into maximizing their efforts. If the album doesn't pop, just put out  a mix tape in two months and do some club shows. There is so much of an overload of content that it is much easier to stay recording and stay in the same mode and sound for as long as its working and get it while you can now.

You're not going to sell me on the idea that after listening to The Sideline Story, Finally Famous, or Take Care, that these are well rounded albums that give you a complete picture of any of the artists. Fabolous and Styles P. are two older artists who also fall into this category. Neither one has really broached subject matter that has let you know who they are as people and what has changed in their 10+ years of being career rappers. That's the difference between them and Jay-z or Eminem who you know intimately just by following their music and seeing where they have gone. From Reasonable Doubt to Knigdom Come and beyond, Jay has put out music that has changed and evolved while still dropping every year and incorporating his new experiences.


I don't know if we will ever see another Jay-z or Ludacris who proves that they can attack multiple sounds and song types with a different style to it because it isn't important anymore. In sports, you have to master different skills in order to be successful. A basketball player who can't shoot and pass isn't worth as much as one who can with the addition of being a good rebounder. It takes time to develop those skills and today, no one has that time. It used to be hard to be considered a top rapper or mc, today, just say it and the people will believe you.
Labels: 2Chainz art art of rapping Big Sean defjam Drake evolution growth hip-hop J.Cole Jay-Z LL Cool J Tity boi