Whats in a name?

One of the possible details that can be overlooked when albums an album is thought of, recorded, and released is the title. Some of them make a stir and are intentional like last year when Nas decided to title his disc "Nigger".

Unfortunately it never came to fruition due to label and retail bureaucracy and we were left with: It's funny, a close associate of mine was joking with me about who should have albums of certain names because they could potentially cover the theme well. Wouldn't it have been better if Jeezy had done that album and Nas done "The Recession"? It's not like any of Jeezy's songs actually had anything to do with the recession. Probably the best example of this is this new Flo Rida album: 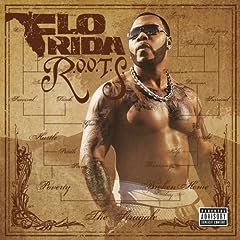 Who in the hell told this dude it was okay for him to do an album and call it R.O.O.T.S. ? I don't give a damn what he makes it an acronym for the shit is a waste of a great concept. Common or Talib could have pulled this off with little effort and it would make sense.

Then you got this fake ass Che Guevera, Nino Brown wanna-be doing an album called New Jack City 2. Now I'm normally a supporter of Bow cause I don't see how he is really bothering anyone, but this is a no-no. The album relates nothing to Nino Brown nor the movie so why try to make the connection or allusion?

Ludacris on the other hand, uses the movie/television theme to cover the entire spectrum of his album and correctly takes the theme for each song from a specific movie, creating a great metaphor overall for the album. You actually have to think of how the songs relate to each other to get it. 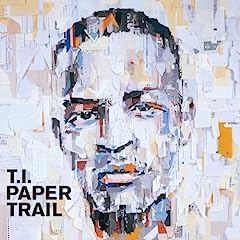 In terms of irony, T.I. might just win for his latest, after all he recorded and released it after getting caught by the ATF trying to buy illegal weapons. Fittingly, he at least talks about his recent trials and tribulations on the album so it makes sense.


I'll be on the lookout for more great and terrible album titles. Let me know what some of the best (and worst) album titles you can think of.
Labels: album titles Bow wow Flo Rida hip-hop Ludacris Nas New Jack City Paper Trail rap roots T.I. the recession theater of the mind untitled Young Jeezy