The big release this week coming up is going to be Trey Songz' new album Ready. I have no problem with that, I mean the guy has worked pretty hard and is extremely talented for sure. The biggest knock on Trey has to be his extreme confidence a.k.a., arrogance. The funny part is everything he does is more than a mirror image of the man he has to be basing his career around, R. Kelly b.k.a. Kellz.

It is very funny because in so many ways, Trey tries to mirror the worst aspects of R. Kelly's career. We all know about the "R's" recent legal troubles and his attempts to bring back his career. We also know about his more recent "hits" which all seem to be more "Hood" than the earlier hits and sophisticated sexy of 12 Play. Then there is the classic ballads he made like "I Believe I can Fly" and "The World's Greatest".

R. Kelly - The World's Greatest [Solly4L
Uploaded by shyguy974. - Watch more music videos, in HD!
Those classic hits have all given him the leeway to make songs about having sex in the kitchen like " two gorillas in the jungle making love" as he has said before. We love "Step in the Name of Love" because it makes us feel legit for liking "Thoinga Thoing" and "Snake". We put up with "Trapped in the Closet" both because it is entertaining, but because we hope for another "1/2 on a Baby". We want to ignore his personal indiscretions now because we want another "Same Girl" or for him to write another huge hit for our other favorite singers. 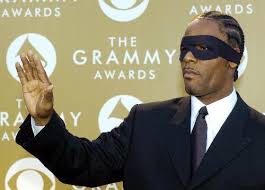 I know I can't help it because this is hilarious. The nerve of this guy.

Trey Songz however does not have this catalog or cache. So while "I Need a Girl" rocks as an R and b song that you can actually play for your grandmother, he feels like he is forcing himself to appeal extra thuggish on "LOL Smiley Face" and by mean mugging in every video and making sure he shows his chest tat at every turn. Vocally, he is much more powerful than Kelly could hope but his lack of direction hurts his overall ability. I mean it's like he's Vince Carter when he could be Kobe if he just toned down his attempts to look hard and worked on his actual vocals. A little more class in some of his content couldn't hurt either.

That was fire for real. The bad thing was he came out the same time as a pure entertainer in Chris Brown and a technically sound, pure singer in Ne-yo in back to back releases. Perfectly positioned to have vocals like Usher and the writing ability of Kellz and Trey could really be the biggest thing on the planet if he would put his pride to the side and get under the wing of a Jermaine Dupri, Babyface, and LA Reid. Look what a few years leading up to Confessions did for Usher. This isn't the path that Tremaine chooses to take, instead he follows Kelly on songs like "Neighbors Know my Name" off of his new LP.

One other problem persists for Trey. He's a singer who doesn't seem to be comfortable actually being a singer. He is always scowling in his videos, dropping "freestyle" mixtapes and changing his voice when he talks on his record like Christian Bale in batman. You can tell that it is forced to a point where you stop believing it.

To actually have a point, Trey songz like R. Kelly is full of untapped potential, but the only thing holding him back is himself. I just want him to refine his skills so that his talent rises to the top and he creates the classics like R. kelly and elevates himself to the next level.