As is Hip-Hop Awards for 2010- Biggest Letdown

So for this year I was expecting some people to have some big albums and as always I was disappointed. Not as much as last year but truthfully, it's the biggest albums that failed to meet expectations. In fact the best albums of my 'calendar year' were in fact at the end of 2009. Let me just dive into it.

I know, it's Big Boi, you can't knock him but what did you expect is what you're thinking. Well, I was expecting more solid funk based tunes and his usual variety of street wit mixed with under rated wide-range insight. Aside from the single, nothing stands out on this album at all and that's saying something being he wasn't being judges against the ultra-artistic Andre 3 stacks. This was the big chance for Daddy Fatt Sax to really set himself up as a legitmate solo threat and unfortunately, he didn't really deliver. 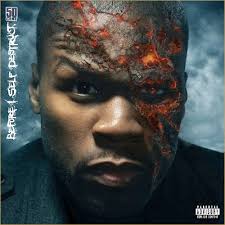 When I reviewed this I remarked that I don't know what I was expecting from 50 but he didn't quite deliver and I still can't put my finger on it. He had some tough beats in Crime Wave, and Then The Days Went By, a hit single in Baby By Me but the album still felt a little flat. I guess it's more that 3 or four songs were true misses and 50 isn't the kind of person who can whiff on beat and concept and make up for it in lyrics, or vice versa. It wasn't a bad album or the worst by far, but it didn't live up to what it could be.

I don't care what you say this album is a flop. What's the second single? Why was the first single Drizzy singing and not rapping at all? Why is this album softer than Kanye's scarf? It didn't make any sense for this album to fall off 2 weeks after dropping after all of the hype that Drake had coming into the summer. With all of that momentum, you would have thought that songs from this album would still be in the top 3-5 in multiple positions. Instead I'm wondering what day Nicki's album actually comes out. This sort of proves Baby isn't really that smart or good at what he claims to do.

Em had some strong singles and some songs that were a lot better than Relapse but it still lacked the panache to really draw you in. "Not Afraid" was probably true to him but the video turned it into commercialized garbage. Even when he went back to the old eminem on some songs, it wasn't believable and was forced making it a lot less than what it could have been. Em needs to listen to the first album to get some inspiration if he plans to continue recording.


1. Ludacris- Battle of the Sexes 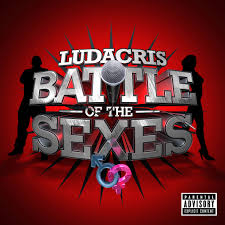 How Low was a hit but the entire concept of the album was that in every subject it was going to be the male and female perspective between Luda and Shawnna. However, that never came to fruition and what happened was when a label says they already spent money on a project and it was going to be released no matter what. Overall it was a huge fail, I expect big things from Luda and he let me down this time. At the very least, they should have had a female feature on every track if they were gonna screw Shawnna over.
Labels: 50 cent album of the year Battle of the sexes before i self destruct Big Boi disappointment Drake eminem Ludacris Recovery Shawnna Thank Me Later