Hating is natural if you want to be the best...

I was listening to albums from the past year as I get ready to give out my 'awards' from 2010. One of the candidates, Wale, on his intro song talks about the "crabs" in the DC area. I am now going to hypothesize that if you want to be the best in your area or city and make it to a national stage, at some point, you'll probably be a hater. 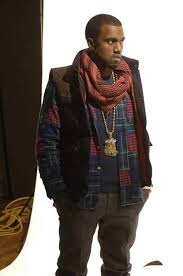 The first reason is the simplest, rappers are egotistical bastards. All of them. You have to in order to be successful. It's all a game about who is the loudest, especially now. Your skills can and should help, but you have to be able to stand out, step up to challenges and generally desire to be the best in order to make it. For all of those reason I hate Kanye, it's what makes him so popular and well-known. But an ego-maniac is just that, so when someone else achieves success before them, they cannot accept it and generally will point out the other's flaws which these days is hating.

Then there is the money and opportunities afforded the first artist to break out from an area. After the intial burst, there is a lot of scrambling for positions that might not ever materialize. Look at when No Limit broke out. No one else could get into the game from N.O. for a minute until NO Limit basically handed things off to Cash Money and you don't see anyone else from that region doing anything major. Look at Atlanta, for years it was Outkast and people who sounded like them or nothing. Guys like T.I. were busy trying to make their natural sounds more amenable to the nation ear although their vision of the area was drastically different. I remember meeting some guys from St. Louis years ago at a recording conference and having them talk about how difficult it was to break out from beneath the shadow of Nelly. 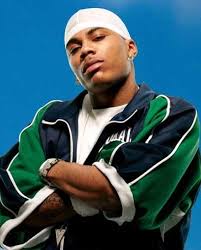 No one wants to be Chingy or J-kwon...they want to be Nelly, the person who defines what the sound of the area is like. Because if you don't fit into that mold it takes forever for someone to allow you to shine as a different vision of an area/city/or region because the first impression is normally what people assume everyone in that area sounds like. Ray Cash does that sound familiar?

You see there is a lot running on this competition to be the first out of the city and even in the sub-genres. Look at the Jeezy and Gucci 'beef' from two guys who sound so similar and have the same subject matter. The third part is guys are competitive by nature and at the end of the day, the male pride can drive men to do a lot fo the things that aren't driven by the chase for women.
Labels: cash money Chingy haters independent J-kwon local Nelly No Limit Revords Outkast