BET dropped its list of the top 10 rappers of the 21st century (like we don't know that it's only been 10 years). Once again we have a bunch of people who are kissing ass and not being critical enough of their peers. Taking away Jay-z for no apparent reason other than to not have be named number 1 at something else. Fine I can take that but when i looked at the rankings I noticed that it is skewed a lot more to what is happening right now in every one of the pollster's lists. It would be fine if it weren't all of the lists and at the end of the day, this is a farce.

First off if you're going to have Jay-z not on the list, then how does Em make it? He definately came out in 1999 and you may think he blew up with the Marshall Mathers LP, but the first album really set him apart from the others. Secondly, Wayne at number 2? How when the first half of the decade he was considered a joke. I remember when Cash Money first came out, no one even liked Weezy. Then there is this idea that because he puts out a lot of music that he really is good. He's not.

The most disturbing fact is that Drake with one album under his belt has made the list and isn't on the bottom of it. Drake may have a huge buzz and had every feature this side of Fabolous between 2009 to 2010 but there is nowhere near enough there to call him one of the best rappers of the past 10 years. 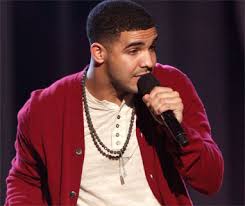 Now I understand lyrics are a part of this as well as current trend and song ability, but when I look at a couple of the artists who were in the top 15 (as picked by the internet of all places) some notables were left out of the top ten including The Game and Nelly. Gucci Mane, Eve, and Fabolous also missed the cut. fuck that, Nelly ran the top of the decade and that has to count for something, 10 million records for Country Grammar, numbers only 50 Cent and Eminem can come close to counting, mad singles and a very very solid 3 year run, yet he doesn't make the list for a guy who was known as wheel chair jimmy until the middle of 08.

This is why people like BET suck. They are not creditable when it comes time to evaluate. There are too many hands in the pot, too many egos they want to coddle, too many sensitive rappers whose feelings they don't want to hurt.

The other problem is opening anything up to the internet. BET's demographic has to be 12-23 and it allows everything to be skewed towards ridiculousness because that's what they play and what these people like. So when you even have Gucci on the list.  The people who generally are going to take the time to go onto the website and vote are not the ones who are going to come with a critical analysis to get the best possible list, they just want the names that they know.

One of my biggest issues with hip-hop publications and channels is that they don't do enough critical analysis to let fans and burgeoning artists know what the expectations are and should be. Movie critics watch the classics to see what new films should include to be considered in relation to those already established as classic. You read why someone who has studied or been involved before you considers one work to be a success while another is not so you can understand the qualities great works all include.

My list (using only the people allowed using BET's criteria)

10. Rick Ross- Ross has shown growth in his flow and album creation though he has a lack of substance. He also made the most out of beefing with 50 Cent to gain popularity.

9. The Game- The Game used the success of Eminem and 50 Cent to be the most well-known west coast artist outside of Snoop and that counts for something. All of his albums have also been solid and he too made the most out of beefing with 50.

8. Nelly- Nelly may not be making a lot of noise now but in the beginning of the decade he has sold more records than damn near everyone and can still create a sort of anthem. His sing-song delivery also opened the door for Drake,t-Pain, and others who wanted to incorporate that sound.

7. Jeezy- Jeezy motivated the thugs and opened the door for people like Ross, Gucci, Shawty Lo and the new generation of trap-rappers. He still has a loyal following.

6. lil' Wayne- Wayne is this far down because his recent popularity is just that, recent. It would be convenient to forget that Wayne was around in the late 90's with Cash Money, back when everyone from there was a joke. Should that move him higher? No, because the Wayne people love now is a drastically different character than the one who helped launch CM in the late 90's and I don't know which is the real one.

5. T.I.- See the fact that you can have a career that nearly dies every 18 months is a testament to skill and charisma. His first album was garbage, he got hot and has stayed in and out of jail more than Gucci who is know for doing just that.

4. Ludacris- Few respect Luda because of his lack of street cred but he has had some huge hits, witty wordplay and was the first guy from Atlanta not involved with Outkast or JD to make it on his own.

3. 50 Cent- 50's units aren't moving like they used to but Get Rich or Die Trying is a classic and no one else on this list save Kanye has one of those. He is still one of the most polarizing figures in hip-hop with his statements attracting attention especially if you 'beef' with him. He may not break the artists like he used to but his buzz remains strong.

2. Kanye West- Easily the biggest asshole on the list and also the most talented. Ye turned me off years ago with his attitude and his music is love it or hate it with me but he is a strong presence in the game. He changed hip-hop from thugging to metrosexual and still makes classic beats.

1.Eminem- Point blank, he has had the greatest impact on rap music with the mainstream white audience. While he doesn't talk selling dope he has been one of the realest artists ever. Unparalleled skills and Dr. Dre backing put Marshall on top every time.