So it's finally here and I'm trying to be extra positive because I know I can seem like a hater. However, I'm rooting for Drake because he is the first guy since Kanye West to be a new artist who seems like a normal guy, albeit a little whiney. Being in the profile has led to high expectations and on the surface most of Drake's intended audience won't find anything wrong with this album, but if you thought 808's and Heartbreaks was too indulgent for Kanye, you might  just feel the same way about the first official offering from Drizzy.


The first single, "Over" has been out for about 6 weeks with a video that is in marginal rotation is about Drake becoming famous and letting him spit off a la Lil' Wayne. "Karaoke" finds Drake singing, a song for the ladies for sure , and this is guaranteed to get more panties thrown at him. "The Resistance" is about Drake dealing with the fact that he is a famous artist now and includes some sharp barbs like, "I avoided the Coke game and went with Sprite instead" a play on one of his endorsement deals. "Show me a Good Time" is another song for the ladies/groupies imploring them to forget about thinking and to just live in the moment and have some fun. "Find Your Love" is the latest single and it is extremely catchy however he would have been better putting in a rap verse for a bridge at the very least. I have heard a verse with Joell Ortiz that was straight fire. The album ends with "Thank me Now", going in the opposite vein of the album's title. It's more of the normal arrogant rap song but he tries to put it creatively and I can't decide whether it's more obnoxious than it is clever I'm still torn.


As far as features, Alicia Keys sings on "Fireworks", the first song on the album, is about the downfall of relationships due to his sudden rise to fame. "Shut it Down" featuring the Dream is downright terrible. The Dream is bad enough then trading slow-song verses with Drake isn't acceptable to my ear drums. T.I. and Swizz Beats co-star on "Fancy" talking about a woman who fits that description. The song fails to resonate because Swizz seems forced being restrained to match Drake's lack of energy as does T.I. and the song goes on for too long. He attempts to grab hip-hops sentimental heart by sampling Aaliyah for "Unforgettable" with Young Jeezy in a song where they both speak about being remembered Jeezy by the game and Drake by a woman of course. Lil Wayne only has one appearance (thankfully Baby has none) on "Miss Me" a forgettable song. The best two verses of the album come from Jay-z on "Light Up" where I guess they're just spitting and Jay throws some serious punchlines without the clarification younger rappers prefer, and Nicki outshines Drizzy on "Up All Night" which also are the two 'most different' beats in the way they hit harder than most of the album and really allow the emcees to dig in such as when Nicki says "I'm a bad bitch I ain't never been a mixed breed/On a diet but I'm doing doughnuts in a sex speed". 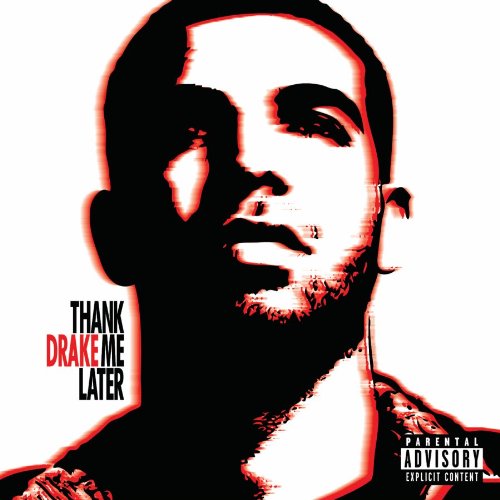 Overall I actually was hoping this album would be much better and not in line with my expectations. I wanted Drake to blow me away with some hot songs, instead the album is very dark and brooding in a sense as Drake bitches about everything dealing with success. Actually it's like if Eminem had made the Marshall Mathers LP first instead of the Eminem LP, you'd be like why are you bitching about celebrity life already? None of the songs switch up the feel for even a moment and it gives the album a dull feel more of an unfinished mix tape than an album. The hooks are for the most part Drake crooning which doesn't help. I'm not sure if he's on the syrup but Drake needs a red bull or something to make it seem like he wants to be in showbiz. The good thing is it isn't as bad as it could have been but I don't think It'll join my rotation any time soon.