So the second most-anticipated of the summer behind Drake is the return of Eminem and everyone is wondering if he can recapture the glory that he had on his first three albums. Relapse was an uneven effort at it's best with Em trying but failing to capture the feeling of his Slim Shady days.


The first single, "Not Afraid" is pretty self-indulgent but it also serves as an anthem for those attempting to deal with their own personal battles with drug addiction, the video however is terrible. The album starts off with "Cold Wind Blows" a Slim-Shady-esque song where he sort of rambles on in his manic style with some bars that are really strong like "The earth'll stop spinning and Michael J. Fox will come to a stand-still" however that is followed by the type of irreverent sophmoric humor that keeps the urban (i.e. Black) market from truly embracing him.

"On Fire" is more of the mixture of Marshall Mathers and Slim Shady as a song that isn't personal but Em showcases the lyrical and descriptive abilities that brought fame to his door."W.T.P." (White Trash Party) is a clever song that takes the average baller at the club song and twists it to his whims. "Going Through Changes" is the one song that seems to have been missing from Relapse as he talks about more of the battles with drug abuse only with a much better personal connection to some of the things that were going through his mind at the time. "Seduction" is sort of alright as he talks about why a woman chooses him over say you or I, while it's different for Em, it's not an original song in and of itself.

Em once again tackles relationships in "Space Bound" which could be better but he cops out several times and reverts to a gratuitous use of curse words as filler. The chorus however is very annoying. "Cinderella Man"'s track seems very lazy if you've heard any of his previous albums but it's a tempo that Em loves to rip apart verbally. In an odd turn "25 to Life" isn't about what it seems (I thought it was yet another song about Kim) with a last line twist that didn't make as much sense to me when I heard it. I'll consider "So Bad" the obligatory Eminem mulligan especially since he make sup for it with the macabre "Almost Famous" which starts off with Em rechristening himself 'Slim Roethlisberger'. The final official track "Your Never Over" is a statement about how he is still in the game but the techno-bubble-pop beat and hook sound really forced. 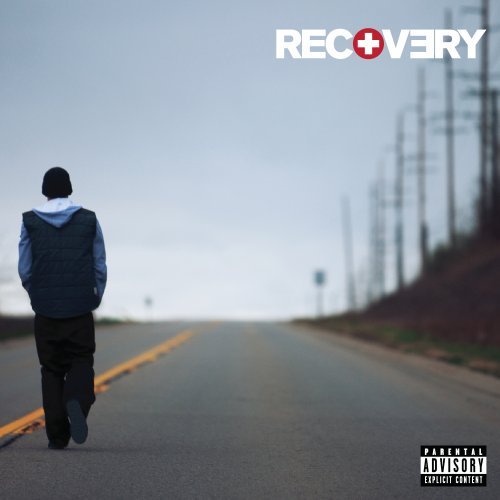 Guests are kept to a minimum with no Dre or 50 Cent, however Lil Wayne appears on "No Love" which sounds like the bastard child of Wayne's "Drop the World". It samples Haddaway's 'What is Love' a song that is instantly recognizable. Wayne seems to be doing his thing until he mentions his new gang affiliations which turned me off on the song entirely. "Won't Back Down" featuring Pink sucks and is a poorly executed attempt to bring to anti-establishment pop artists together. Out of place is the feature from Rihanna on "Like the Way You Lie" another song with a good attempt that doesn't really pan out with it's acoustic guitar based beat. One of the better songs on the album is "Talking to Myself" featuring singer Kobe where Em talks about trying to deal with his problems himself and his aborted attempts to write disses.


Overall this album is a more consistent effort than Relapse but it still doesn't have that hit and emotional connection as Eminem's earlier work. The first half is better than the second but overall the album is pushed too far to the pop/rock/hip-hop hybrid to try and create singles and move units. Em has always been an emo-rap kind of guy but it was always rooted in pain and grit, the emotion on this album is all sappy and doesn't fit with his character. The lack of any Shady/Aftermath features makes the album feel incomplete as does the lack of any skits that showcased Marshall's trademark wit and humor. Recovery is better than Relapse but he isn't all the way there yet.