The Free My Favorite Rapper Campaign

What's up people? I'm back with another in depth discussion i'd like to have with you about something that bothers me. Why is it that rappers do something dumb, go to jail, and then everyone pops up with shirts asking the courts to free them? I guess I get it to a point with the uninformed, the ignorant, and the young but too many times I'm seeing people who seem like they have sense looking like fools. 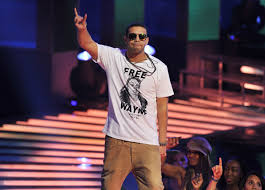 Look at this assclown right here. Wayne pleads guilty to breaking the law so he doesn't get any real time and weeks later what is Drake wearing? Yeah because the court of appeals is going to be so swayed by this shirt they are going to issue a proclamation to get Wayne released immediately. Thanks Drake.

Look at this guy. Wale is a semi-conscience rapper and Gucci was on his second single. Once again I do somewhat see the point, however Gucci violated probation knowingly. Just what is the purpose, he knows you support him and want him to come home and enjoy his success but he is a repeat offender, why are we letting him out again?

Now I understand the freedom of expression but the fact of the matter is that it becomes a trend and a fad and people just start to spout this stuff out like nothing just because. The worst part about it is that all fo these dudes were on their way to being free any damn way. So instead of putting someone having a person on their shirt that actually matters or who should be out of jail we're wasting time on these guys who barely saw the inside of the prison they were in and out so fast. Hell if you wanna free a rapper at least make it someone doing some years like: 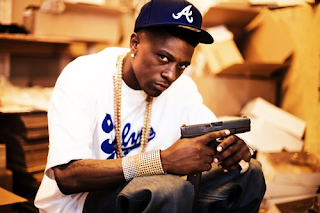 That second one is priceless lmao. or how about: