So T.I. apparently is the latest artist to try and compare himself to Pac (a topic I have to get started on really soon). This is going to be a comparison and attempt to answer if that really makes sense. So first let's look at the arrest records.

Pac is a controversial figure, whose attitude almost started riots at points throughout his career but the first major arrest altercation was in Atlanta in 1993 when he had a shootout with two off duty police. The incident involved alcohol, bad attitudes and lots of bad judgement but in the end no one ended up facing charges. Then the most infamous incident, which ended up throwing him in prison, was the rape conviction in New York. The story, a woman alleges that Pac and his entourage sexually assaulted and 'gang banged' her. Tupac said he was asleep and had no knowledge of what might have happened.

Tip on the other hand has a much longer rap sheet. However, a lot of his problems stemmed from issues before he reached stardom. In 2004, he went to prison for violating probation stemming from 1997. He was simultaneously on probation for possession and firearms charges from 1998 and some other 'small' offenses. Some of which included an 'assault' at a Tampa, Florida mall, and suspended license charges in Georgia. All of these pretty much added on increments of time to his previous probation until he was famously arrested before the BET awards in 2007 for attempting to buy guns and silencers from federal agents. He did about a year in jail and was home for about 5 good months before he was once again arrested, this time in LA on drug possession charges in violation of the law and his federal probation.

Musically, Pac has a lot going on. His fans tend to be more ardent than most, and I do like a lot of his music, btu I'm not a rabid fan as much as others. However, he has some serious classics from "Keep Your Head Up" to "Brendas Got a Baby". While all of his music wasn't as socially conscious, "Hit Em Up" is an example, he had a greater proportion of songs of that nature that were wildly successful. His ability to reach out to the streets and make them feel included while at the same time attempting to uplift overshadowed his lack of classic lyricism. He was the first major artist to create that serious emotional connection with his listeners.

T.I. is more of a 'swagger' rapper now in that the majority of his songs are more about how fly he is though he has ability to craft strong singles. However, songs like "Live in The Sky", "Dead and Gone", and "Live Your Life" do have a resonance with those who are living the street lifestyle and are trying to just survive. As a repeat offender and underdog, he uses his charisma and charm to overcome his own lack of lyrics and draw you in. Personally, the fact that he always manages to try and add in a song letting the youth that follow him know that that his path isn't necessarily the one they should be following is one thing I always respected about the self-proclaimed "King of the South".

There is something different though. Look at T.I.'s charges and you will see a pattern of petty self-inflicted wounds that have hampered his growth as a man and his career. Rather, they actually show how he hasn't grown as much as he would have liked us to think. After dodging a sentence that should have effectively sent him to prison for 20 years he comes out and not even a year later ends up violating for simple drug charges. For someone who is supposed to be a criminal mastermind who managed to 'run a drug cartel' of sorts (listening to the raps and claims there is no paper evidence in my possession-just want to make that clear) to make the same mistakes continuously in mind-boggling. The carelessness in which he tried to acquire weapons right before an awards show is also hard to fathom. Conversely, Pac's charges were not as much of a reflection on his own actions but that of the friends he kept. His also seem to be more reactionary in the physical sense while his words may be more incendiary.

Then there is the music, point blank, Tip's catalog cannot compete with Pac's when it comes down to content. The overall depth of Tupac's music is much greater than TI although TI does at least make an attempt unlike many of his contemporaries. Tupac had party tracks but even they weren't as glitzy as today's music.

My point is this, T.I., you are not Tupac and I never heard that until you yourself made the comparison. I understand why everyone wants to be held in that high esteem but not many people could ever fit the bill. While T.I. and Pac both share an uncanny charisma and ability to connect with the streets while seeming to have the sense to try and teach or give something back to young people. They also explain the urban life an environment more than their peers. T.I. did so in his "Road to Redemption" reality series that aired after his plea deal in his weapons case, and Pac in his numerous interviews. It seems that T.I. is more inconsistent with his message and though Pac varied wildly his overall quality was in the end, higher. So is T.I. like Pac? Possibly, but I wouldn't completely agree. Now this: 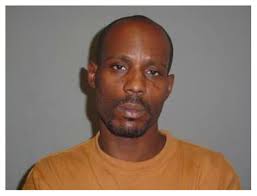