You all really owe Suge Knight...

I know no one wants to like Suge Knight because he is the hip-hop Darth Vader. He intimidated people, killed Death Row, and possibly even some of the biggest rappers of our generation, but in all honesty, some of you people out there owe Suge right now. First of all, without Suge and his tactics there would have been no Death Row in all probability, and with it, no Snoop, the Dre we know and thus Eminem and 50 Cent and their lineages, nor would we have had All Eyez on Me and so much of the Pac legacy after jail.

That alone is enough to admit that Suge played a huge role in hip-hop history, and though everyone talks about how much they disliked the East Coast-West Coast beef, it brought out some good music, competitive spirit and was one of the more interesting times in hip-hop which we haven't had in a while. It also helped to shape the way we feel about Pac, Biggie, Puff, and Snoop in general. He also helped to drive the entire West Coast forward and when he and Death Row went down, so did that entire era. The main reason i thought about this was because of the popularity of  gang culture now, particularly that of the "Bloods".

Do you notice the color scheme going on here?

Now he didn't start gangs nor did he start gang culture in hip-hop. The West Coast artists were definately talking about it before Death Row began, but he is integral in bringing it to the mainstream and gathering acceptance. Snoop was the first huge Crip rapper who repped his colors as hard as he did and for a while he was the gang representative for L.A. . But as Death Row grew bigger, and Suge's celebrity began to shine brighter, so did the light on the "Bloods". Suge famously had everything in red from his office to his cars, well before today's most famous "Blood", Birdman.

See when Cash Money came out, Baby wasn't repping the B's at all. This dude was in the Big Tymer's videos wearing blue like it was nothing. Wayne is the same way. They weren't repping this gang shit until recently as it has become popular and acceptable, partially courtesy of the trendsetter, Mr. Suge Knight.

You see, before Snoop being in a gang was not acceptable for the most part. Today, you have everyone throwing up covert blood hand signs from Chris Brown to Ron Artest. (I'm no gang expert but that's what the rumor is). It's gotten so bad that every rapper I see with a red shirt on I wonder if they have turned to the gang-side. The Game, who is an avowed Blood, owes his ability to have a presence to Suge both for the dealings with Dr. Dre that led to Aftermath, and for making the color red so popular. 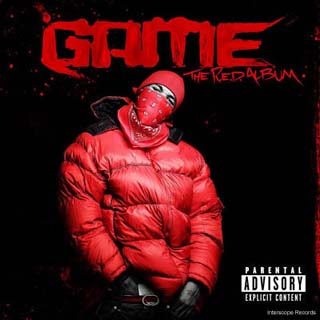 Though the proliferation of gangs across America and their promotion as if they are a positive aspect of society is not something I can be proud of hip-hop for, all of these artists who are benefitting from the controversy and popularity of being in a gang, or at the very least affiliated, have to give a nod to Suge Knight for being the first person to actively showcase the Blood lifestyle, even if he always issued public denials. That is the irony. While we all know that Marion 'Suge' Knight is a prominent Blood, he never outright acknowledged it, showing some modicum of respect and ability to show tact (though an insult to our intelligence) by never actually saying he was a gang member. Converesly, these new-age clowns are walking around brandishing the gang affiliation like it's a Nobel Peace Prize.

If I can editorialize a little bit more, these guys are all promoting a lifestyle that they do not have to actively participate in. At their income level and amount of fame they are kept above and beyond the fray of daily gang life and out of the hands of most danger. They are making being a gang member cooler, but the people who actually are joining at the street levels of the gang have no such protections. They are constantly in danger and are much more likely to be killed in those same streets, pushed and prodded to continue by music that 'encourages' the violent lifestyles that they lead. It's a lack of responsibility that angers me.

I'm not really going to talk about the gang lifestyle, because I don't know enough gang members to know or truly understand why they do it, I can tell you that in general it definately isn't something that I can endorse or get down with. To see how many artists are now repping different sets is troubling, especially when they haven't always been showing such memberships. However, what i do see is that before Suge and Death Row, this wasn't all as popular.
Labels: Birdman Bloods Crips Death row gangland gangs gangs across America Lil Wayne popular Responsibility South Central Suge Knight