So the southern replacement for DJ Clue is back with yet another compilation, this time, not on Def Jam but further affiliated with Young Money/Cash Money which I guess  means he is no longer the president of def Jam south (?). DJ Khaled is back with his yearly compilation of the same artists with similar beats. Not looking for a cohesive album, this should be a decent collection of street/radio singles that most people will undoubtedly bump.

The big single of the moment is "I'm On One" with Drake, Rick Ross, and Lil' Wayne. The hook and pre-chorus by Drake are cool, but he and Wayne's verses aren't as good as Ross' thanks mostly to his flow. "Money" features Ludacris and Jeezy, aka, the two guys who helped start this new South movement that Khaled and crew seem to not really deal with in a lame attempt to fit in. which is followed by "I'm Thuggin" which is going to get major play in clubs and big whips with dark tints even though Wacka Flocka has the misfortune of being paired with Ace Hood on the track. 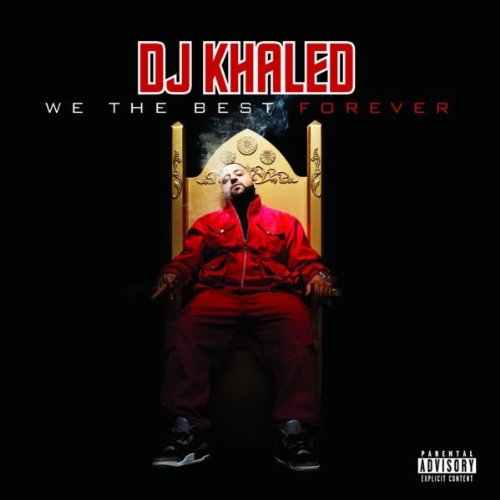 Unlike most of his albums, Khlaed goes to add some R and B flavor with "It Aint Over Til Its Over" which was premiered at this year's BET awards and features Fabolous, Mary J. Blige and Jadakiss. Mary does fine with the throwback track, but Jada and Fab add nothing. Chris Brown, Keyshia Cole, and Ne-yo sing on "Legendary" which should see considerable airplay on a number of outlets. The feel goes back to the hip-hop on "Sleep When I'm Done" with Cee-Lo handling hook duties alongside Busta Rhymes and The Game.


Unfortunately, the surprises end with the T-pain and Birdman feature-"Can't Stop" which is more of the same 'ballin' on the haters' music that Baby is famous for. For the third year, Khaled does a song with the "future" of rap called "Future" which once again features Ace Hood-who is never going to blow, Wale, who had one of the best written and complete albums of the past couple of years, and sort of newcomers, Vado, Big Sean and yelling ass Meek Mill. Akon and B.O.B. sort of lighten the mood up with "My Life", but strangely at this point I prefer T-pain to Akon, the guitars on the track do bring a different life to it.

Khaled is brought into an obligatory Young Money track with Tyga, Jae Millz, Kevin Rudolp (really?) Cory Gunz, and Mack Maine called "A Million Lights" which is the most forgettable track on the album. The album also boasts both the original "Welcome to My Hood" as well as the remix in which T-pain, Busta Rhymes, and Twista go off, and Jadakiss has the absolute worst.


Going into a Khaled album you know what you're getting, similar beats, the same features and damn near the same lyrics about nothing but ballin' bustin guns, and being the illest trap-boy ever. There is nothing to figure out either you like it or you don't and for the most part the album ends up being forgettable once it all blends together because too much is the same. Production as usual is pretty tight except for the song that was designed to bring in Kevin Rudolph's pop guitar stylings which is way more out of place than the r and b changes of pace. Possibly if Khaled weren't obsessed with trying to get Ace Hood over and adding the awkward Wale flow a slot could have been found for Pill who fits better or maybe another handout for Plies of Fat Joe to placate two guys who helped create Khaled who is apprently done with his older terror squad affiliation.