Some albums you just know what you're going to get before you even press play on the first track so you're not really disappointed when you don't get that goose bump from something being ill, you just shrug and keep it moving. I've felt like that with a lot of albums recently with two exceptions, the Carter 4 isn't one of them. I haven't been a big Wayne fan for years and this album is a shining example of why. The highly anticipated post-incarceration album is finally coming out next week and the leak is already the talk of the town.

The Intro for the album is just what you expect from Wayne, straight bars and punchlines, which is fine after all, it's just the beginning, but the original Carter at least had a theme to it of sorts. "Blunt Blowin" has Wayne doing a Drake impersonation to start the song and while Wayne does have lyrics and punchlines for days, this song's verses have nothing to do with the hook, explaining what exactly a "Blunt blowin' polo draws showing, I don't give a fuck nigga" really is. The production on the song is top notch and the album has bass overall but it isn't as enveloping as the past couple have been.


"Megaman," "6'7"" with Corey Gunz, and "John" with Rick Ross are all pretty much the same songs. Heavy beats with a lot of bass, greasy swagger talk with lines that don't relate to the titles or come together as cohesive songs but they all have some decent parts with bars taken by themselves. "Noghtmares of the Bottom" is an attempt to have a reflective yet happy piece about making it but wayne strays too much and doesn't focus on connecting to the main idea and the third verse is all over the place. The latest single, "She Will" features Drake and is going to be a favorite in the strip clubs and once again the protege stands out because he more relates to the topic and his voice is slightly less annoying. T-Pain does his thing on "How to Hate" where he and Wayne talk about the thing that made them say they hate a woman.


I would expect a song with a hook like that on "Abortion" to be about haters (once you hear it you'll understand) but instead Wayne goes back to being unfocused in every way. John Legend handles the hook on "So Special" where though Wayne is vulgar he puts together his most complete song. "How to Love" is the pop single and apparently people will listen to anything but I guess its just like "Whatever you Like" from T.I. a few years ago. "President Carter" is slightly more focused but it's just another song. 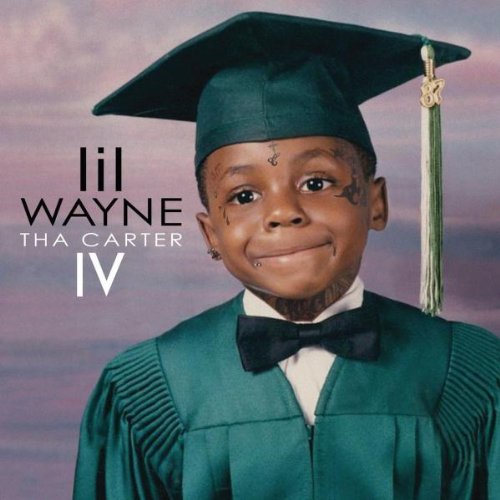 Meanwhile, "It's Good" which features both Jadakiss (lol give up already) and Drake, has garnered a lot of attention as Wayne takes the chance to throw shots back at Jay-z over Baby's money. Odds are Jay will respond next year sometime subliminally as is his custom. The highlights for me are the interlude and outro neither of which actually feature Wayne. The first interlude has Tech-9yne and Andre 3000 who both do better than Wayne on the album. The Outro has Bun B, a rejuvenated sounding Nas, Shyne, and Busta Rhymes. Now of course with today's albums everyone has a deluxe edition which has "Mirror" featuring Bruno Mars who is on fire right now and who carries the song way more than wayne. The other song is "Two Shots" which is like most of the album.

I have never felt Wayne couldn't rap but he isn't a true artist. He still cannot focus on a topic and when he has good hook ideas the verses never relate back. All he is about is fucking both women and the world and telling you how he's gonna murk you and gets money. If this is what you like it's what you get but Wayne has gotten comfortable and lazy with his music and its getting stale really fast.