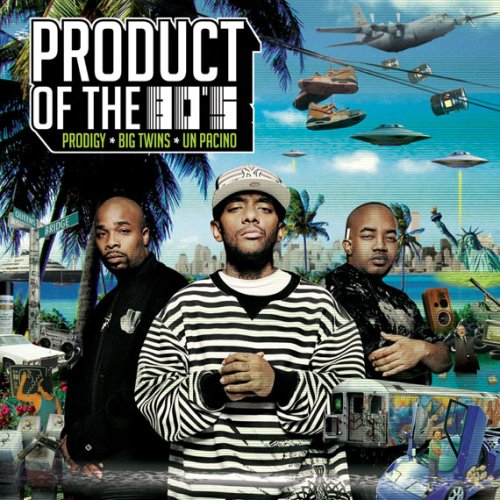 I never really thought I would see the day where I looked at a Mobb deep type of product and think to myself "Why the hell am i listening to this?" But that is exactly what I find myself saying as I listen to Prodigy drone on and on about the same old topics as he has always rapped about.

Looking deeper into the lyrics ( I am writing this as it plays cause I'm not sure I'll make it through the entire album.) I find there is nothing there. In fact Prodigy seems to have regressed to his juvenile hell days with immature lyrics and lame cliches. This would have been cool before the Infamous and Hell on Earth were released, but now it's just plain sad. Listening to an album like this makes me wonder how the hell he can be making money. He has to pay for beats and mastering and no one can seriously be buying this. I don't see myself ever desiring to know the lyrics to any of these songs. Remember Keep it Thoro? All day everyday with no chorus.

It seems as though Prodigy is trying to aim for the Nas/Ice Cube territory sometimes. He wants to keep it real yet find someone to be halfway political. He does it the best through his song titles like "Test Tube Babies" and "Cold World". However, the lyrics fail to follow through with the promise. The beats add more life to the songs than what Prodigy says because his lackluster delivery deadens the songs. Never one of the more poignant lyricists, in this new age, his voice just sounds more tired, like he is going through the motions because he is expected to rap. There isn't even a single set of lyrics that make you feel he believes what is coming out of his mouth. The set of features, Mostly by Un Pacino add nothing to the tracks but at least allow Prodigy to save some of his material for later.

Hopefully the time locked down won't hurt Prodigy, but instead provide some type of inspiration and motivation to step his game up and become more heartfelt if he isn't imaginative. This is another example of rappers who need to release material every three years and not every year as P needs time to save up and edit verses to make the best album possible.