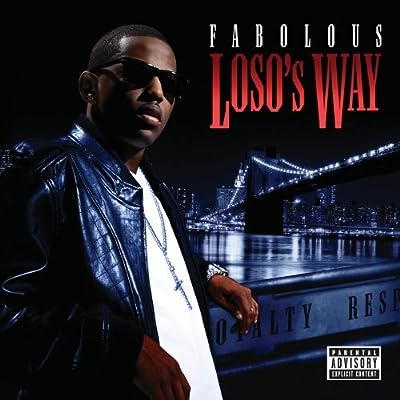 First off let me say i am terribly divided on Fabolous. He can rap. I mean dude spits some fire at times. He is a remix killer and he can pop singles like no other NY rapper, however I have been disappointed by every single album of his. In fact each successive cd makes me like the first one even more.

Fab's biggest problem is that he can be too trendy and he has no depth to his "story". I mean he stays giving us the slick gangster talk and dope references but it always comes off as forced to me. It's like everyone goes, it's alright because I like the way he says it, sort of like Wayne. Speaking of Wayne, he guest raps on "Salute" a boring song (to me at least) that talks about leaving brains out and being gangster, topics both of these guys use all of the time without some unique perspective, and with a decent track but nothing that excites me. 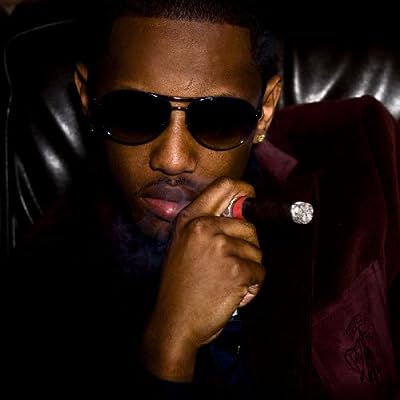 Lol this is soooo not believable
So let's examine the highlights, the intro "The Way" is vintage Fab. He spits over a stirring beat with no hook, just letting it fly with his normal swagger gun talk. He also does alright with "When the Money Goes" which features Jay-z on the hook and provides a nice sonic change after all of the songs before which sound like a southern smoke mixtape. I also enjoyed "The Fabolous Life" which feature Ryan Leslie and is one of the better "chick tracks" on the album. The most different and introspective song on the album is "Stay" featuring Marsha Ambrosius.

This song is about experiencing Fatherhood and Fab's own past without one (who knew he had a kid? Good job keeping that from the bloggers.) It also is an interesting because after all of these albums and songs, Fab still has yet to show the real Jay Jackson. So to consistently hear him rap almost exclusively about selling drugs and taking women shopping is disappointing when he shows flashes of potential.

Now as for "Put it in the bag", I find any song with The Dream to be sub-par. He sucks ass. Fab also slows down and makes his style more comparable to today's hot southern artists on "My Time" with Jeremiah using auto-tune (wack), and "Imma do Me", and the whole act is tiring. Going away from his strengths isn't a good idea because you want to hear Fab be Fab, not try to be Jeezy. The hooks on the album are lacking in general and I don't know who's fault that is ultimately. The songs "Makin Love" and "Last Time" which feature Ne-yo and Trey Songz run together and fail to stand out. This might be because he has too many attempts to get that R and B/ rap combo going so there isn't much ground that he covers in the different tracks.

Does this guy honestly believe this?
Fab ends the album good with "Lullaby" and the drug story rap "I Miss My Love" where he spits without worrying about hooks which is what he does best. Overall, Fab fails me once again. Though there are several songs that showcase his skills, he once again fails to put out a complete album. There are a lot of moments that make you want to skip and it shouldn't be that way for a veteran artist of his caliber.

This review is tough because I want to give Fab a better rating than Ross, but I can't. They get the same rating, however, Ross' album is slightly better as it is more cohesive better produced and more consistent.