Album Review- Kid Cudi- Man on the Moon: The End of Day 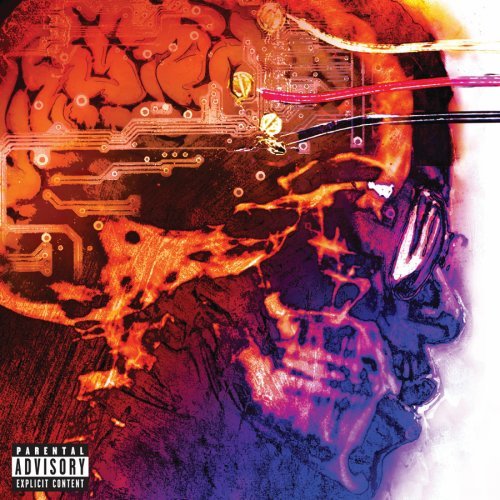 Now a lot of people have been talking about Cudi as being one of the best in the 'next' generation of hip-hop. He got credit for helping Kanye craft 808's and Heartbreaks, though I'm not sure why. His first single, Day-n-Nite, came out a few months ago and has since burned and died and I don't know what is so hot about it.

So it's a safe bet I am already jaded against Cudi. To tell you the truth, I was expecting a rapper but I go look and see that he considered one of those genre mashers who doesn't fit into one category. Fine, neither does Andre 3k. Unfortunately, Cudi is not Andre.

Let's try to find the good. "Day-n-Nite" was a hit single. The song was catchy. "Make Her Say" with Kanye and Common is the best song on the album. Common just so happens to have the best verse on the album, which isn't a bad thing if you actually make him try a little bit. The album has decent alternative/neo-soul hooks on songs like "Sky Might Fall", and "Heart of a Lion". In Fact, most of Cudi's songs have decent choruses.

When we get to talking about verses, which are important to me, is where Cudi falls not flat, but off the face of the planet. His lyrics are simple and don't have much depth to them. His flow isn't unique in anyway, and his attempts to have a unique delivery come off as corny. The album also feels the same, like stale soul samples, and walks in the park on a Neo-soul video, nothing feels exciting. I now fully understand what people mean by "emo-music". I know some people may want a more in-depth breakdown, but for me, there isn't anything actually there to dissect. I don't like his "singing", the beats, his concepts might be there but I can't stomach his awful lyrics to find them.


Look, I have to admit, I was biased before I heard the album because I haven't heard anything from Cudi to make me want to look out for him. After listening to this, I was right. In trying too hard to do too many things he ends up doing nothing right. His effort to be the new Andre 3000 fails because Cudi cannot hold his own when it comes to his lyrics, energy, or song structure. Cudi is a guy who should probably work and help out other artists rather than actually trying to be a feature artist by himself.