When keepin it Real Goes wrong...

I have to shout out Prophet Nelson for this topic because it's something he told me a while back when we were discussing "Making of the Band". Sometimes you can expose too much of yourself to the public when you are in entertainment.

We may not want to admit t, but we like our celebrities to be better than us. We need them to be because if they are the same as us, then why am I watching them, going to see them, or listening to them? Yet, as the fickle public, we want them to real and accessible to some extent. For the artist or entertainer, it's better to err on the side of ridiculous excess than to be too normal when looking at ones career.

I bring this up because it seems one of my favorite rappers, Joe Budden, is now catching flak for being a normal video blogger/ chatter. Recently, there is speculation that he and Tahiry are no longer together. Truthfully, I don't care either way. His hardcore fanbase isn't going to really care either because they or I should say we, like the fact he goes through and talks about the same things that we go through as opposed to some other rappers who talk about Maybach's and flipping coke etc. .

He also takes heat for having and expressing an opinion on hip-hop which led to a bunch of other random videos, culminating in some sort of scuffle where he gets punched in the eye by a member of Raekwon's entourage. Truthfully, that's real. People get punched in the eye every day and live to talk about it. Most of them you wouldn't call punks afterward, however, since this guy is a bigger than life character who ahs bragged about his hand game, the perception is totally different and as blown out of proportion as everything else in the rap game.

You see things like that bring you down to the public's level which in the end defeats the purpose of being celebrity in a way. The idea is that you have experienced our life and now can reflect on it from a better place, not that you are still the same, as much as we try to tell you that is what we want.

An even better example is the failure of P. Diddy's making the band group, Da Band. They did everything you would expect them to do in their position including walk to Brooklyn for Cheesecake in the middle of winter and no one can fault them. However, by doing that and making everyone watch them, it took away some of their credibility as being larger than life which is what a celebrity has to be (i take it you notice the trend here). None of us wouldn't have done it (and if you say that then you're not that hungry!) but to actually see it was something else entirely. 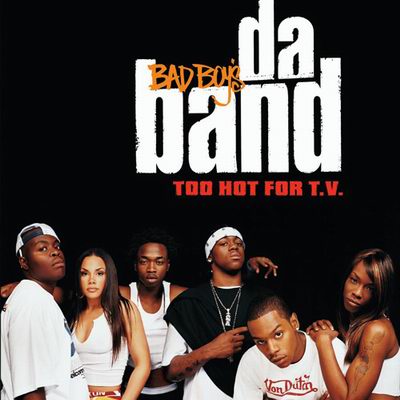 In the new media, it normally takes a couple of years for a person to create enough saturation that the public begins to turn against them. Look how long it took for Ja Rule to fall, Master P, Death Row records...they all had their time but just imagine if they had the internet as it is now? The window now opens and closes in under a year. Be very careful what you share with the public.
Labels: Da Band exposure internet joe budden marketing media new media Puffy