I thought this was a single by Cassidy when I first heard about it but it is in fact, another album. This is a guy who I always thought was underrated commercially and overrated as a lyricist. He has always had potential but always seems to hit the brick wall that keeps him from making complete songs and definately a complete album. 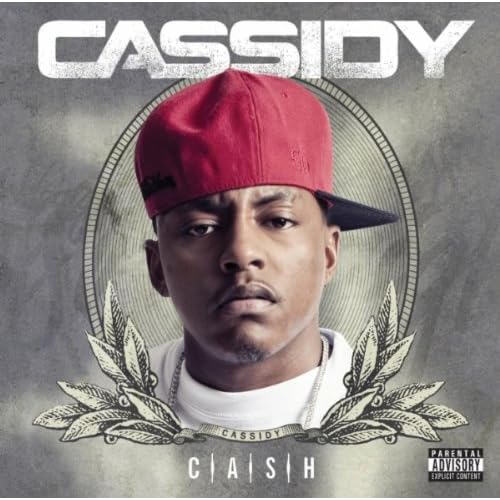 This new album starts off with "Face 2 Face" instead of his normal back and forth between multiple personalities. This was thew first song leaked months back where Cass raps about generic battles between artists whom people consider similar. This joint is lackluster to me because there isn't anything different like LL and DMX. that would be a clash of cultures and styles, The Clipse and the Young Gunz...smh whatever.

"Monsta Muzik" is bad by Cassidy standards as he uses some lame and boring similies, "I'd get you smoked like a jar of piff"...how many times have you used that Cass? "All Day All Night" features The Game and has a lazy beat and the verses that come off reflect it and Game's bars are better than Cassidy's. "Drumma Bass" is a typical Cassidy track, one that could be a powerful club track where Cass' lyrics get slowed down and he struggles to find his own personal rhythm.


Okay, let me run off the trite and corny songs on the album: "Paper Up", "Aww Shit" featuring Red Cafe, and "She Addicted". Mya lends vocals to the formulaic "Girl Like Her". "music in my Blood" has nothing to do with rap itself, just more of what I would term "boss talk" about how ill he is compared to everyone else. Cassidy manages to wake me up slightly throwing a shot at Lil wayne on "Imma G Boy". I would listen to "High off Life" if it were only Junior Reid and not Cassidy who can't adapt his flow to the Reggae beat.The song with the most potential on the album is "One Shot" that has a good beat that could bang in the whip or club and a hook that goes along with it.

The most frustrating thing about Cassidy is that he has always exhibited the potential to have the big singles and be able to have the lyrics to hold down heavier subjects but he has never accomplished on either front for whatever reason. He also has given up on the pledge he took after getting out of jail and surviving his car crash to be more positive. Though on "Peace" it seems like he tries to justify how he can still thug on record or in the streets yet have some relationship with the lord. Overall, Cassidy has some decent beats but his lyrics have become more lackadaisical as he has progressed and this is a regression from his last album.