Now I was asked to do a review of Bow Wow's latest mixtape, Green Light 3, but I don't review mixtapes. However, listening to it did make me think about how his career has progressed and his standing in the game.


First of all let me say that Bow wow is hip-hop. Yes, he represents or shall I say represented, the youngest of us who wanted some music to listen to. It was unoffensive and had good beats. Of course, he says he was forced into this route, but that's what he was supposed to do, no one wants to hear a gangster 8 year old. However, I can understand his frustration now as he tries to grow up in the game. He has one problem with this, he needs to give it up for a while.

Point blank, Bow has had plenty of huge hits, ghostwritten of course, yet he has learned how to write and rap on his own. In fact, I would say he is very comparable to his Young Money Label mate Lil Wayne when it comes to content and the average lyrics, with one huge exception, Bow wow can't talk about guns or drugs other than his weed habits. Unfortunately, this means he doesn't have any street cred which is necessary for success in the game like he is trying to get it. I mean, the swag rap, stunner talk is very easy for him.

But there is no depth to him as an artist and much of that has to do with him constantly trying to continue his career actively at this time. We cannot believe you because you haven't had the time for a real life to have real things happen in the public's collective eye. Had he taken time off to let himself have a life, he wouldn't have some of these issues. Then when he tries to do a song like "Going Outta my Mind" from the latest mixtape, he could actually have verses that were more than 8 bars. Even still,  if he wanted to be taken seriously, he would take each of the situations in this one song and make a couple of songs about each incident.

The main thing that bothers me about Shad's career arc, is that he doesn't seem to have had strong management and leadership in this turbulent time, part of that is a lashing out because he has been under control for so long. You get things like the move to Young Money, the ridiculous amount of tattoos, the public whining online.

Now this is expected by a lil Wayne who has Baby for guidance, but Bow is too young to have done all of this when he has promising avenues such as the film in which to express himself. He is too focused on being in the same industry that's "hot" instead of doing what is truly best for himself. Like I was saying before, signing to Young Money is a reach to say the least to try and ride the wave of popular public sentiment from being with Wayne, Drake, and Baby, but it looks like the reach that it is. Even if he does relate to Wayne and his lifestyle, we can't buy it. Wayne doesn't have those images of being the cute little boy in the "Bounce With Me" video to live down. Naming an album "New Jack City" when you have never sold not a nickel bag of weed nor have experience in drugs, doesn't make sense at all and that's the problem. Nothing is making any sense to transition this young man to adulthood sort of like Mike Tyson's failed growth (only without the money and the menacing scowl).

Back to the mix tape to sort of find a conclusion to this 'discussion' of poor Bow's predicament. The mix tape is full of generic "I got money" drivel that doesn't have any substance or weight to it. While, Bow wow is capable of doing it, it's just unnecessary and doesn't do anything special. Much like his career post 2005, this collection of songs is mostly empty and while he could have taken his time and done more, he just didn't see fit too, believing that it's enough to get away with the lazy music that his label-mates are used to doing. For Bow wow to ever have any success he is going to have to refocus his efforts on pursuing acting and putting the mic down until he actually gets some content worth talking about. 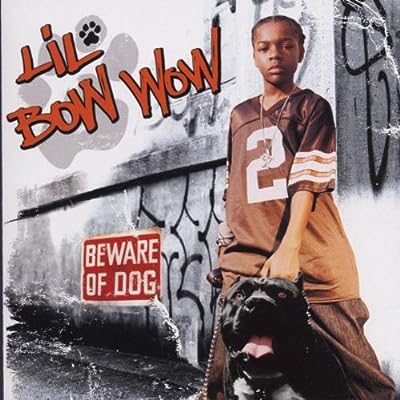